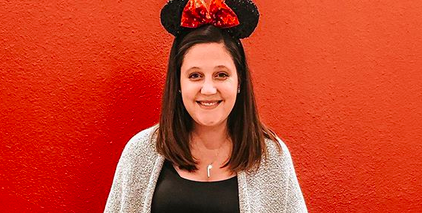 Little People, Big World star Tori Roloff never fails to show her thanks to her social media followers. There have been several times that the LPBW mom has expressed her gratitude to her followers. Right now, she has a total of 1.2 million followers on Instagram.

On Instagram, Tori recently shared a new post. She posted a picture of her daughter, Lilah. Then, in her caption, she thanked her fans for following her and for supporting her. The mom-of-two started her post by saying, “I just wanted to jump on here and tell y’all how much I love you guys. There are days that social media can be a really dark and mean space but then there are other days (like today) where you all know how to make it positive.”

She went on to say how much she appreciates all of the encouraging comments she receives on her posts. The LPBW star also talked about how she tries to stay positive on social media and to be a good role model. She emphasizes that she wants to be authentic and honest with her followers too.

She closes her post by promising to continue to be a part of social media, saying, “As long as this place brings me joy, I’ll be here. Thanks for following along!”

I just wanted to jump on here and tell y’all how much I love you guys. There are days that social media can be a really dark and mean space but then there are other days (like today) where you all know how to make it positive. I get so many nice messages and comments every day and I just want you guys to know I read them. They encourage me to be better and I strive to bring light to the dark with this social media thing. 💗💗💗 I really believe I’ve been given a gift with the amount of people I’m able to reach on a daily basis. It’s still crazy to me that I have over a million followers and that people care at all about me and my family. I’m such a “normal” woman who was just kind of put in the spotlight by my family. I have done my best over the last ten years to be positive. To share my life authentically and truthfully. To be a role model to as many people as I can. I want to look back on all of this and be proud of what I’ve left behind on social media for myself and my kids. As long as this place brings me joy, I’ll be here. Thanks for following along! #storyofzachandtori

In the past, Tori has opened up about all kinds of topics. She often writes about motherhood and is very honest about it. No matter what she posts on social media, her followers love seeing what she has to say. She was even very honest about her most recent pregnancy, which wasn’t necessarily easy. Fans still received this post well. They always seem to have her back.

What does LPBW star Tori Roloff share on social media?

Tori is often sharing updates about herself and her family via social media. She posts lots of pictures of her kids, which fans of the show like to see. The show isn’t always airing on TV. Plus, it’s behind on what’s actually happening in the stars’ lives. This is simply due to production time and TLC’s schedule. So, social media is the perfect way for LPBW fans to stay up-to-date.

The show isn’t currently airing, but Zach and Tori recently had a baby girl. Without social media, fans wouldn’t be able to keep up with the family and see the cute new pictures of Lilah. Of course, they love to watch Jackson grow up too. Perhaps this is why Tori has so many followers on Instagram.

Fortunately, Amy Roloff mentioned that the show should return in the spring. That means that fans of the show will get to see all kinds of updates about the family. This includes details about Amy‘s new home since she left the farm. There’s a lot to look forward to in the upcoming season.

Stay tuned for a premiere date for Little People, Big World on TLC.