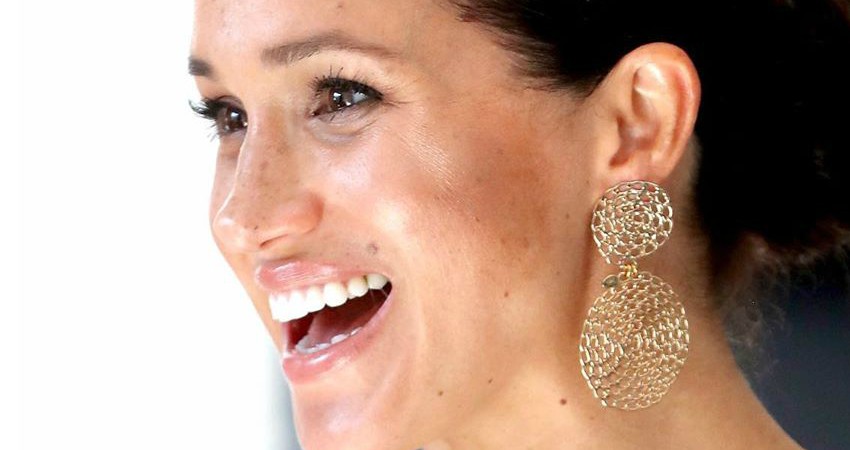 Move over, Countess Luann de Lesseps. The Real Housewives of Beverly Hills has a dream casting call out for Duchess Meghan Markle. Bravo executive and brainchild behind the Real Housewives franchise, Andy Cohen, wants to give Meghan a diamond.

The United States has been free of England’s hold since 1776. But we just can’t seem to shake our obsession with every move the royal family makes. Reality TV fans have a similar obsession with RHOBH.

Prince Harry and Meghan Markle made their ‘Megxit’ from the royal family on Wednesday. The couple abruptly announced that they plan to step back from their royal duties. ‘Megxit’ is a play on ‘Brexit,’ the term used for Britain’s exit from the European Union.

The youngest son of Prince Charles and the beloved Princess Diana married Meghan in 2018. Meghan is an American actress, most well-known for her role on Suits. The couple had their first child, Archie, a year later.

Since that time, the British press has been horrendous to Meghan. In fact, there are several lawsuits pending over their behavior.

Even more shockingly, Meghan and Harry plan to split their time between the United Kingdom and North America. Many reports indicate that they will likely have a home in Canada, not in L.A., where RHOBH is set.

However, that didn’t stop Andy from cheekily offering Meghan a spot on The Real Housewives of Beverly Hills.

The announcement from the royal couple was posted on their joint Instagram account. Andy quickly slid into the comments to let Meghan know she has a job waiting on RHOBH if she wants it. 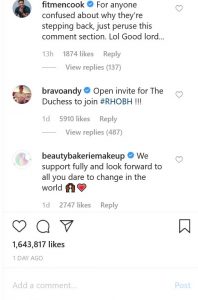 In their statement, Meghan and Harry note that they plan to become “financially independent” in the future. In fact, there’s even rumors that Suits could be re-booted if Meghan is interested in returning to acting.

The official Bravo network account chimed in on Andy’s comment. They offered up a possible tagline for Meghan if she joined RHOBH. People reports the tagline is: “Beverly Hills is full of diamonds, but I’m the crown jewel.”

It’s unlikely that Meghan would join RHOBH right now. However, the show desperately needs a big name to replace unofficial queen, Lisa Vanderpump. As fans know, Lisa left The Real Housewives of Beverly Hills after Season 9 after a brutal feud with her co-stars.

Many outlets are reporting that Queen Elizabeth II and Prince Charles were taken aback by the announcement. Reportedly, Meghan and Harry went rogue and released the statement without informing the family.

People reports that there is “a lot of hurt” by the announcement. The Queen’s office said called the matter “complicated” and still under discussion. Prince Harry is sixth in line for the throne.

The Real Housewives of Beverly Hills returns sometime in 2020 on Bravo.