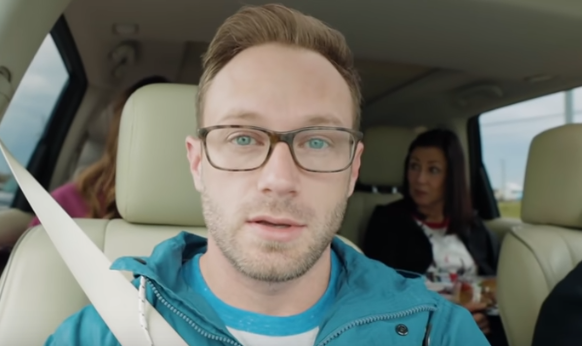 A fan of the popular TLC show OutDaughtered had a bone to pick with Danielle and Adam Busby. They had sent a DM to Danielle and they didn’t get a response back. On Tuesday, the reality show dad, 37, explained that the parents simply can’t keep up with the demand.

No Hate In This House, As Long As Adam Busby’s Around

The fan commented on a photo Adam had posted of their daughter Riley. “I wrote a private message to your wife and she didn’t respond. I needed advice, that’s all.” Adam replied to the fan, explaining on Danielle’s behalf why she didn’t respond.

“She is pushing close to 1.5 million followers. There is no way that we could [possibly] see or get to all of our DM’s across all of our social media accounts,” he wrote. “We try and scan through and respond to what we have time for, but you have to understand that our inboxes are a little crazy….”

The comment section is typically where Adam Busby will combat trolls and clear the air when needed. In December, a fan decided to question the spending habits of the family on a photo Danielle had posted of her lavish handbag. “How do you manage to buy such expensive handbags with six kids to feed, clothes, shoes, toys, school, activities? Not throwing shade just curious… those bags are BIG MONEY.” The user asked, to which Adam replied, “We hustle. We own six businesses on top of a television show. We work hard for the things we have.”

Just earlier this month Adam shared a sweet photo of Danielle and their daughter Blayke. The family was enjoying a lunch with some salads at an Olive Garden. According to InTouch, almost immediately, someone came in to bring on the hate. The commenter thought they were clever to point out that Olive Garden salads come out of a bag. But yet again, Adam clapped back, saying that happens pretty much everywhere.

Always There For His Wife, Through Thick And Thin

If anything has proven itself here, Adam Busby always has his wife’s back. He was right there by her side when she had major hysterectomy surgery back in November. He documented their hospital stay in a YouTube video. The video also explained the discomfort Danielle has been dealing with, says InTouch.

“Hopefully this surgery will relieve a lot of the pain she’s been having because it takes away, you know, there are some days each month where she literally can’t do anything. She’s just in so much pain.” He added, “There are going to be six little girls that are going to want her back ASAP.” It’s hard not to love a man who sticks up for his lady!

Jenna Cooper From ‘BIP’ Says Yes To A Gorgeous Ring
‘Bachelorette’ Preview: Katie Warns Clout-Chasers To Get The Eff Out
Colton Underwood’s Nana Helps Him Find Love On Tinder – Did She Swipe Right?
Elizabeth Gillies Brings Cleavage Out Of Retirement In Steamy Snap
Kanye West Cuts Off Entire Kardashian Family