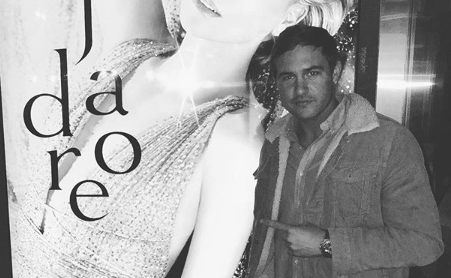 Sometimes what someone is saying and the way they are acting doesn’t quite match up. According to body language expert, Blanca Cobb, Peter Weber’s body language tells a lot. First of all, she said Peter had chemistry with everyone, even the ESA cow one contestant brought him. That means it can be difficult to tell who he really is vibing with unless you look at the body language.

What About Peter Weber’s Body Language With Contestants?

With Hannah Ann, Peter seems into the conversation and the meeting. Hannah Ann’s body is leaning her chest towards him pushing it up. She thinks the contestant is doing it unintentionally but it’s a way to get close to him.

She said Kelley Flanagan is another contestant he has chemistry with. Blanca said the way his feet are hip distance and pointing towards her means he’s confident. She said there’s a lot of distance still between their bodies which isn’t the case with the other girls. Kelly and Peter met before the show started filming so that could have a bit to do with it.

Victoria P. and he had chemistry in the first meeting because she said he angled his body towards her completely when they first met. He also went and checked on her once she threw up after some turbulence training. Blanca said the bent angle of their arms meant they were willing to get close according to Cosmo.

What About Women He Wasn’t That Into?

When Peter Weber met Tammy his feet are hip distance which shows confidence but his toes are pointed away from her. He’s not as confident with her as he was with Kelly. Some of the contestants it’s obvious he has chemistry without a body language expert, but it does put things into perspective. She said the ones to watch are Hannah Ann, Kelley, and Victoria P. for sure. Of course, in the history of The Bachelor, it’s been proven to be anybody’s game once the gloves are off.

Funnily enough, the body language expert didn’t comment on his stance during the body scanning or the blindfold and kiss entrance. He also had to happy dance with one contestant and shake out his nerves. The Bachelor could still be anyone’s to win and there’s still a lot more to go.