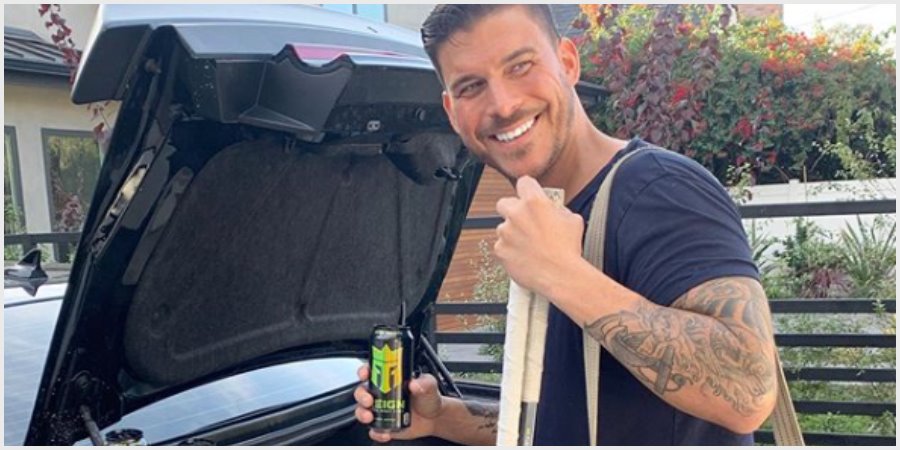 With the return of Vanderpump Rules comes the return of social media call-outs and shady comments on Watch What Happens. Jax Taylor and Brittany Cartwright were on recently to talk about the premiere. They touched on several things, but the conversation turned towards the couple’s relationship with Tom Sandoval and Ariana Madix.

Andy took questions from fans and one called in to ask a specific question about Sandoval. The caller said, “do you feel like Tom Sandoval is removed from your wedding and being as involved just because he’s jealous?” The caller went on to say he wasn’t going to get married and Ariana didn’t want kids. He suggested Tom was falling behind the group.

It’s the holiday season….. #thechunkyknit is back!

What Did Jax Taylor Say About The Couple?

Jax Taylor interrupted this caller by saying under his breath, “because she likes women.” His wife immediately told him not to say that. Taylor backtracked saying, “sorry I didn’t mean that.” Andy Cohen caught it and said, “you think she likes women? What do you mean you didn’t mean it, you just said it.” Brittany Cartwright tried to smooth things over saying, “she likes everybody — just like most of us do!” Jax said, “just own it. That’s fine. Just don’t lie about it.” Brittany was annoyed with him telling him to stop.

He tried brushing it off saying he doesn’t like when Tom Sandoval comes after him for getting married and buying a house. Andy said well he said you were one-upping you on the episode. He said he is always having to explain the episodes to Jax because he doesn’t watch. He said he wasn’t one-upping him. Brittany said it was when he just kept talking about what he needed while Tom was talking about his house. Andy said, “well you did just call his girlfriend a lesbian.”

What Did Ariana Madix Have To Say To The Comment?

Ariana didn’t take Jax Taylor’s comment lying down according to US Weekly. She sub-tweeted after the show saying, “I DO like women AND men. it’s called being bisexual. ever heard of it?” Tom Sandoval had told his friends Ariana hooked up with Lala Kent previously. Ariana confronted him about it because she wasn’t pleased.

She said to viewers, “Tom betrayed my trust by telling this story to his guy friends. My sexuality is not something that is meant to sound cool to a bunch of dudes.” Knowing Jax he’ll probably double down on his comments instead of taking them back or saying sorry. Only time will tell if the two couples can get past the tension.