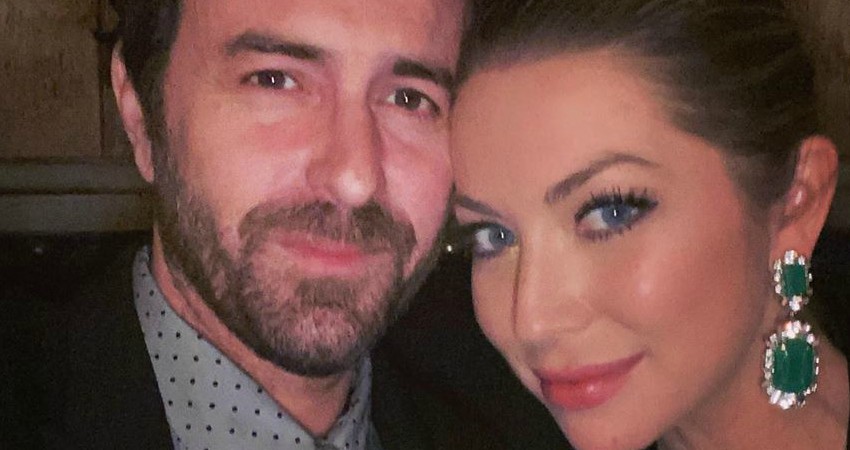 Vanderpump Rules returns to television tonight with the premiere of Season 8. Fans can expect to see tension in old friendships while being introduced to new SURvers. The show added five new cast members as the original cast begin marrying off and thinking about having children.

But before anyone on VPR has kids, they will attend Stassi Schroeder’s wedding to Beau Clark in Italy in October. Stassi is still mulling over the guest list. The reality star is keeping invitations close to the vest, waiting to see how things play out as her wedding approaches.

However, she definitely ruled out one cast member.

Speaking to Access Hollywood to promote the new season, Stassi dished on several different topics. Inquisitr reports that one of Stassi’s co-stars shouldn’t wait by the mailbox for an invite.

James Kennedy joined the cast of Vanderpump Rules full-time during the show’s fourth season. During Season 3, he appeared in a limited capacity as Kristen Doute’s boyfriend. Most of the cast never really connected with James, as he is at least 10 years younger than the rest of the cast.

Stassi is one of the VPR cast members who never formed a friendship with James. In fact, the two haven’t gotten along since James fat-shamed Katie Maloney-Schwartz throughout Season 7.

James won’t be invited to the wedding, Stassi revealed to Access Hollywood. She explained,

I don’t think James is going to be invited. No hard feelings, James, but we’ve never like, sat down and had dinner or lunch. So, no.”

Culling the guest list is the reason for a destination wedding, Stassi says.

This is why we are going to Rome. We are making it really hard on people so that we have a really small, intimate wedding.”

James and co-star/former bed buddy Lala have a complicated relationship. The pair feuded during Season 7 over his comments about her boyfriend, Randall Emmett. TV Shows Ace reported that the duo briefly repaired their friendship for a weekend back in June.

However, it seems their friendship is back on after James quit drinking and made amends. James shared a photo of the former besties on his Instagram. The caption teased fans that new music is on the way from the DJ and it will feature Lala.

Who’s ready for Season 8???!! And NEW music from @lalakent and myself?! 🤩 #RideWithMe coming soon.

It’s hard to say where their friendship will be in a few months. But there’s a chance he will be invited to Lala’s April wedding.

VPR’s Stassi Weighs in on New Castmates Dayna and Danica

Vanderpump Rules is adding five fresh new faces to the cast. In addition to promoting Beau and Raquel to full-time.

It seems that Stassi and Danica haven’t hit it off yet. Describing her in one word to the gossip show, Stassi called her new co-star “extra.” Stassi explained,

Every time I was around her, she was yelling at someone, raising her voice, and I’m like, this girl needs to sit down and take a breath.”

Stassi has a higher opinion of Dayna, whom she calls “hysterical” The best-selling author said,

I really like Dayna. She is [a comedian]. She’s just, like, very real and raw. And she has this cynical, dark sense of humor and way of looking at things that I think is really amusing. So, I think she’s really entertaining to have fun with and hang out with.”