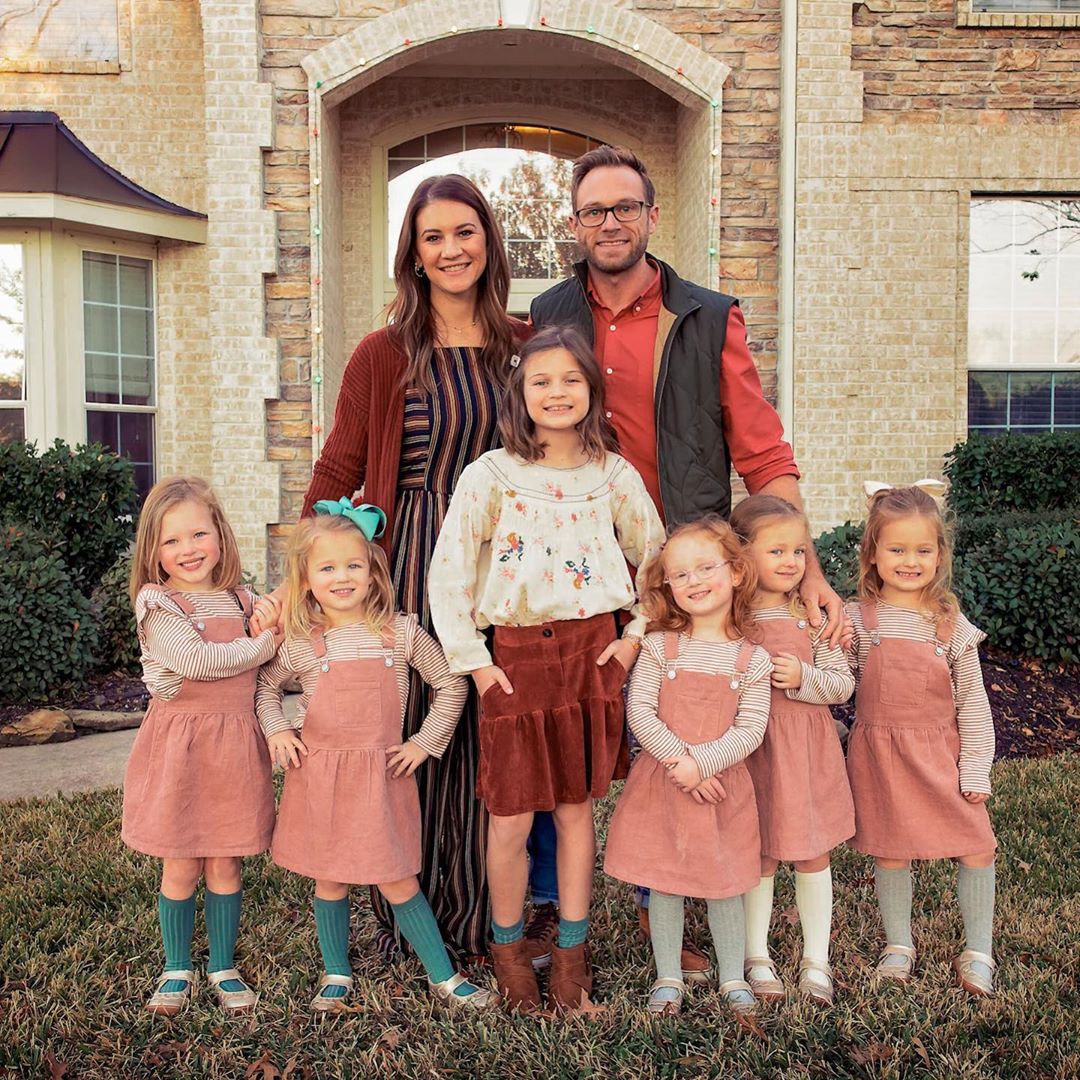 TLC viewers have been watching OutDaughtered since it premiered back in May of 2016. With each passing season, they fall more and more in love with the entire Busby family.

While the Busby family haven’t been in the reality TV series limelight as long as other large families, Adam and Danielle seem to be naturals. Fans love them because they are kind and compassion. What fans are especially drawn to, however, are their four-year-old quintuplets and their 8-year-old daughter.

It goes without saying that stepping into the spotlight and being followed by cameras can be difficult and overwhelming for a child. Some of the Busby children have certainly had an easier time being surrounded by cameras then others.

OutDaughtered Quint Parker Busby gets a lot of attention from TLC fans.

As all of the quints continue to grow and develop their own personalities, OutDaughtered fans develop favorites. Little Parker, however, quickly skyrocketed to the forefront as she earned a special place in the hearts of TLC viewers.

Why has Parker Busby become a fan-favorite?

The reason Parker Busby attracted so much attention stemmed from how shy and anxious she appeared to be on camera. In fact, many fans expressed concern that she may need medical attention for her anxiety.

Fortunately, Adam and Danielle are incredible parents. They care deeply and don’t hesitate to get their girls the best care possible. So, they responded to the outcry and concern by taking Parker to see a doctor regarding her anxiety.

During an episode of OutDaughtered, both Adam and Danielle reveal relief that they made the decision to take a step toward medical assistance for their daughter.

Anxiety may be the root of the Busby quints’ struggles with school.

According to Cheat Sheet, anxiety may also play a role in why Parker isn’t progressing as fast as the other Busby quints in school. The owner of the preschool the girls attend told Parker’s parents her progress was slower than other children her age.

“But, academically, I have a little bit of reservation moving Parker up. What I don’t want to do is put her in upper rotation and then struggle. That’s my concern. She internalizes, as we all know.”

Adam, however, disagreed with the preschool teacher. He believed pushing Parker out of her comfort zone would be good for her. Danielle, however, has had some reservations as she believes her husband pushes a little too hard.

Parker, however, appears to be adjusting well to being in front of the cameras.

According to Cheat Sheet, Adam does a wonderful job keeping fans updated on the entire Busby family. This includes his personal vlog on YouTube called It’s a Buzz World. For those who follow his vlog, Parker has noticeably become more comfortable being surrounded by cameras.

I love spontaneous playtime in Kemah after school. It was so nice out, so made it a family day to Kemah for playtime and dinner together #familytime #sisters #itsabuzzworld #outdaughtered

During the families appearance on Good Morning America, Parker spoke with a woman on set. Fans also notice she appears both happy and confident while holding a camera of her own and recording with it.

Stick with us at Tv Shows Ace for the latest on Parker Busby and her OutDaughtered family.