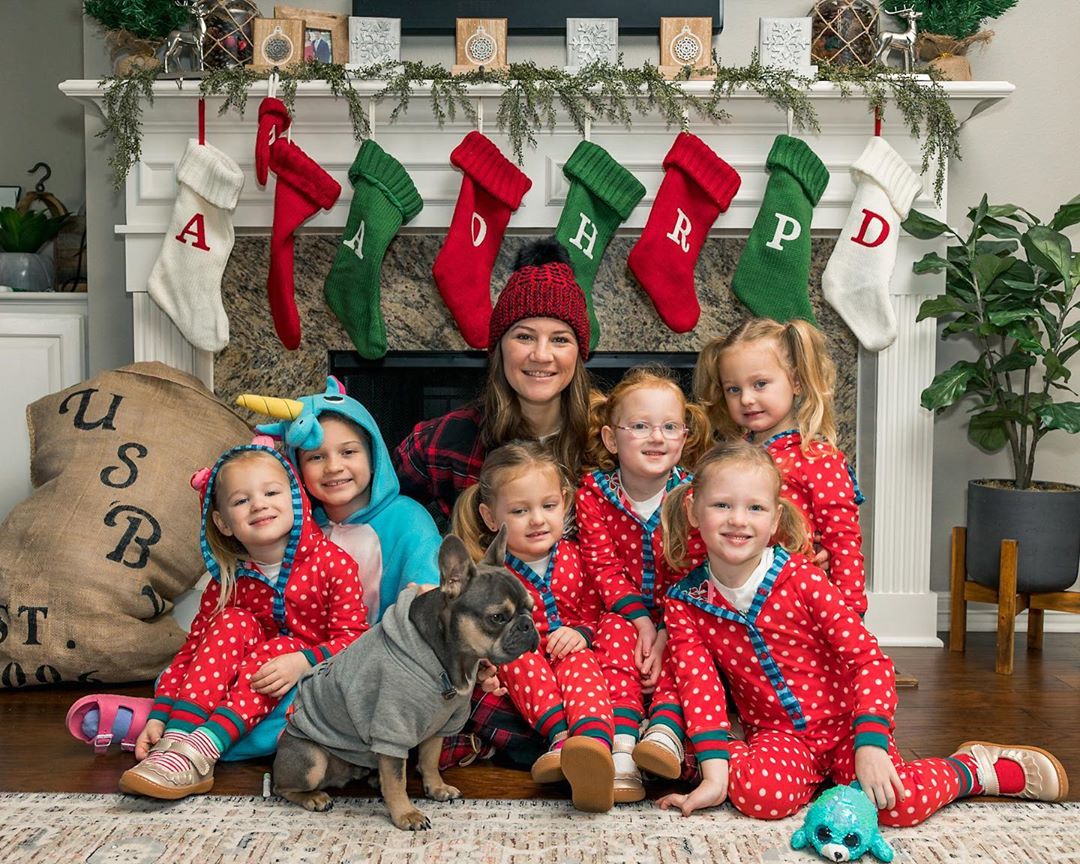 TLC viewers fell in love with Adam and Danielle Busby back in May of 2016 when their family first premiered on a reality TV series called OutDaughtered. What really caused the Busby family to rise to fame was Adam and Danielle being the parents of the only set of set of all-female quintuplets within the United States.

In total, Danielle and Adam are the proud parents of six daughters. The quints are four-years-old and their oldest daughter is eight. OutDaughtered, and their social media activity, puts the struggles of parenting so many young girls on display for the world to see.

OutDaughtered: What exactly is the Busby “Sick House”?

As Cheat Sheet reminds us, Adam and Danielle were forced to move out of their house and into a temporary rental unit. This was because their home had a serious mold infestation. The OutDaughtered quints refer to their infested home as their “sick house.”

Mold is a serious problem that should not be ignored. It was in June of 2019 that Adam and Danielle first noticed something was wrong inside of their home. This revelation came after one of the quints, Ava, developed a serious respiratory illness. A bad mold infestation was discovered. The entire family had to evacuate the home.

“All of the clothing can be washed. Pillows will need to be discarded. Mattresses need to be discarded. And then you need a full-blown mold remediation contractor to come in and HEPA vacuum everything, clean everything. It’s a big process. If the tests pass, then you can live in it. We don’t know for sure, but it may be fine,” the mold inspector explained to the Busby parents.

Unfortunately, this did result in the family moving to a temporary rental unit.

Danielle and her daughters miss their “sick home.”

Adam and Danielle spent a lot of time searching for the right home for their family. They wanted something that would be able to accommodate their large family. Unfortunately, clips of OutDaughtered revealed a significant amount of time would pass before they could move back into their “sick house.”

“Our house right now is just completely unrecognizable. Everything is wrapped in plastic and taped up and they had to rip out the carpet and the baseboards. I really thought that it’d be further along by now,” Adam lamented.

“I miss my big, big kitchen. It’s a give and take on lots of different things … there are things about my home that are getting repaired that I miss so much.” Danielle said to Good Housekeeping back in July as she opened up about how much she missed their house.

We had such a fun Christmas staycation this past weekend. Really helped to get into the Christmas spirit. #outdaughtered #itsabuzzworld

Unfortunately, this also meant the quints remembered having Christmas in their “sick house,” and they missed that too.

Stick with us at Tv Shows Ace for the latest OutDaughtered related news.

Karen Derrico Meets Donor Family That Saved Her Daughter’s Life
Is Jessa Duggar Finally Going To Reveal Baby No. 4’s Gender?
‘My 600 Lb Life’ Milla Clark: Where Is She Now And How Is She Doing?
‘Sister Wives’: Are Kody & Robyn Brown About To Be Homeless?!
‘KUWTK’ Series Finale Recap: June 10