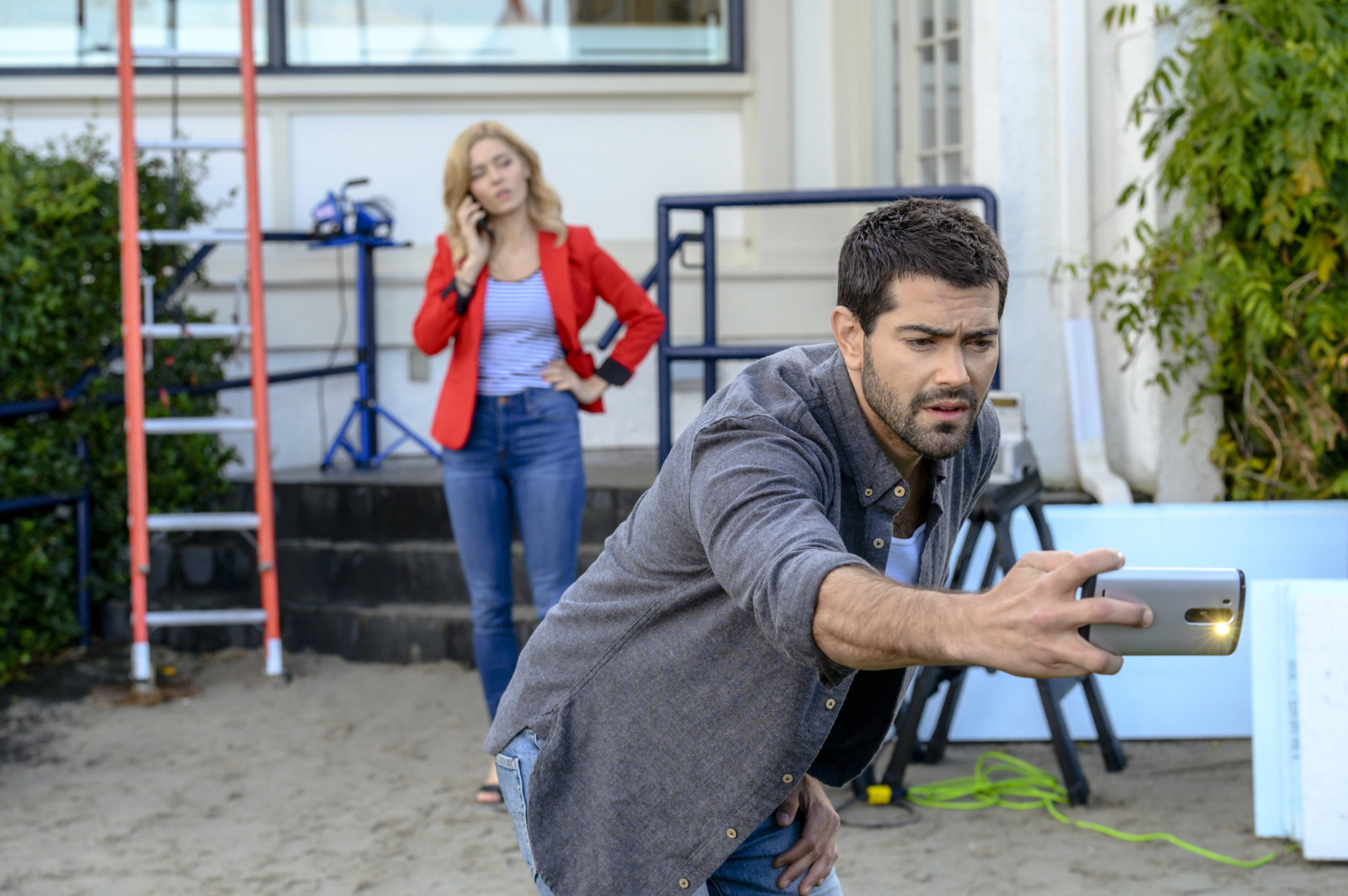 Hallmark’s Martha’s Vineyard Mystery: A Beautiful Place To Die is a brand new original mystery series, starring Jesse Metcalfe (Desperate Housewives) and Sarah Lind (True Justice). The new signature series promises witty banter, an entertaining mystery, and a complex lead, which all adds up to one very intriguing new show. What is it all about and where can you see see it?

What Is A Beautiful Place To Die About?

Jeff Jackson (Metcalfe) returns home to Martha’s Vineyard after being forced to retire early as a Boston Police Detective. He moves into his late father’s home expecting to do what other retirees do: fish. But a dead body may make him hang up his fishing pole for the time being.

A “mysterious visitor” who was seen hanging around the beautiful island turns up dead! The local police chief, who is an old family friend, asks Jeff for his expert help. It has been over a decade since the last murder in Martha’s Vineyard. This island has a lot of influential and wealthy residents and this murder needs to be solved quickly and accurately.

Helping out the chief comes with some baggage, as the chief’s daughter Dr. Zee Madieras (Lind), is the medical examiner. And, just so happens to be his ex. Can the two put aside their past differences to work together and solve this crime? Also, Jeff has his own past history that he is not so willing to share. He has scars on his body and scars on the inside. Can he allow himself to open up to Zee and heal himself?

What makes this murder even more challenging is that they need to delicately investigate the lives of some of the wealthy and powerful locals, as the killer could be amongst them. As Jeff and Zee investigate, they find their own lives are in danger. Can they solve this murder mystery before there is another victim?

According to the Hallmark “On Location” video, Metcalfe shared that he is a first-time executive producer with this Hallmark signature mystery.

When And Where Can You Watch  Martha’s Vineyard Mystery: A Beautiful Place To Die?

Are you ready for a new season of Hallmark mysteries? TV Shows Ace has reported that a new Gourmet Detective: Roux The Day will premiere on January 19. The first new Crosswords Mysteries: Abracadaver, starring Lacey Chabert and Brennan Elliott started out the 2020 new mystery season. Both will air throughout January and February on Hallmark Movies & Mysteries.

Be sure to check back with TV Shows Ace for the latest Hallmark news. Martha’s Vineyard Mystery: A Beautiful Place To Die starring Hallmark hunk, Jesse Metcalfe, premieres on Sunday January 12 at 9 p.m. EST time, on the Hallmark Movies & Mysteries Channel.