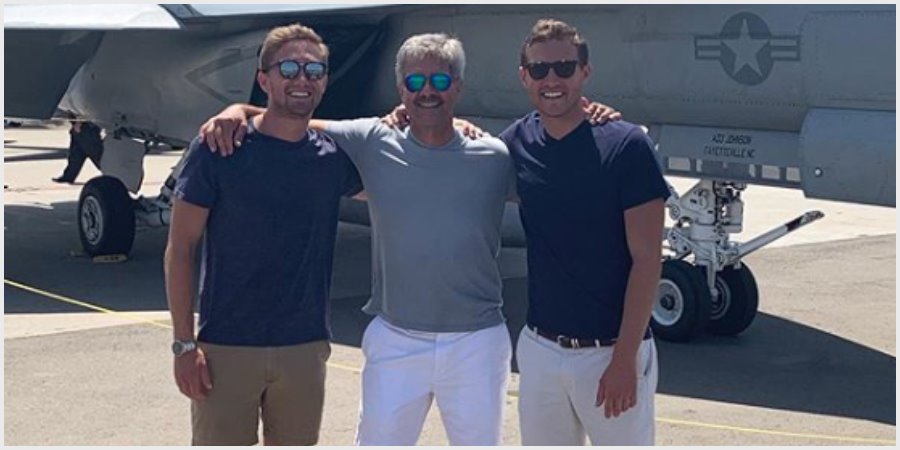 The first date for Madison Prewett on The Bachelor was one to remember. Peter Weber took her to his parent’s house and surprise, it was their wedding renewal ceremony. Peter Weber officiated the ceremony while his date looked on. It was clear from the beginning Peter and Madison had an intense connection. He had a connection with a few others but chose her to go to his parent’s renewal ceremony.

Barbara and Peter Weber Sr. celebrated thirty one years of marriage on the premiere episode of their sons season. The Bachelorette Season 7 winner J.P. Rosenbaum  pointed out it would have made more sense to do thirty, but most fans didnt care. He also said it was impressive and inspiring. It’s always fun when former leads and contestants are watching and commenting on the current season.

Madison was the first to get a one-on-one date all day and evening. Peter Weber took her to his parent’s ceremony and introduced her to his parents. The ceremony was really sweet as they read vows they’d written to each other. Peter’s father kept breaking down during his.

Madison said, “I feel so welcomed by everyone here. This was the most incredible first date I’ve ever been on in my life.” Of course Madeline caught the bouquet from his mother. One fan said cheekily said,”wait… Madison caught the bouquet? What are the chances?” He accompanied that with a meme that said, “pretends to be shocked.”

Bachelor Nation Is Showing The Love

Bachelor Nation loves Peter Weber’s parents according to People. One fan said, “I’m not exaggerating when I say I would die for Peter’s parents.” Many fans agreed saying the same and calling the couple precious. Danielle Maltby of The Bachelor season 21 said, “How many girls are going to cry once they hear about Madison’s wedding date?” Diggy Moreland of The Bachelorette season 13 said, “Peter bringing his first date to a vow renewal, whereas, I took mine to get free samples at Macy’s. I got to do better.”

After the wedding the two had a cozy dinner together. Madison confessed it was going to be really hard to share him and Peter said he understood. He told her he’d do whatever he could to protect her heart. The two then ended the night with a concert dance party. His family came in to join the fun. Fans will keep watching to see how Madison’s relationship with Peter develops.