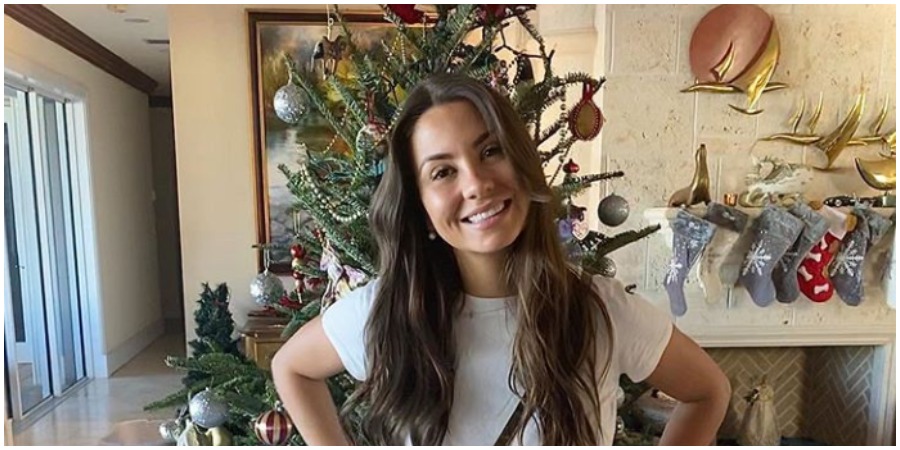 Peter Weber had a lot of unique and interesting women show up for his season of The Bachelor airing Monday night. One of those women, Kelley Flanagan, admitted she met Peter in a hotel a month before the filming started. When she showed up and got out of the limo she talked to him about their encounter. It was obvious Peter remembered her and was thrilled to see her.

They had a dance they’d done together and she told him, “I didn’t really want to do this at first. I kept saying there would be a sign from God to tell me if I should do this.” And then Peter responded, “the hotel lobby, that’s insane!” They met when he was at the hotel for his ten-year high school reunion and she was at a wedding. They met and she knew she had to do it.

Your Co-pilot ready for take-off! Gluten and diary free options available on this flight. No objections here! ✈️ #ExtraBaggage 💁🏽‍♀️

Does Kelley Flanagan Have A Leg Up On The Competition?

Peter told Kelley Flanagan he was, “so happy you’re here.” He said after she walked away that he was hoping she’d come by. He was thrilled, but the contestants didn’t think it was fair. Kelley won a one-on-one date with Peter where they flew over the mountains.Later she aggressively stole some one-on-one time away from another contestant because she wanted to be with him.

The two revealed the hotel they were in was the one they met in. When he gave her the first rose he said it was because they got to return to where they first felt a spark. The other girls pointed out they had something before.

All About The Twenty-Seven Year Old Lawyer

Kelley Flanagan is a lawyer who works with her dad and brothers according to People. She travels all over including Hong Kong, Singapore, and Bali. The bio they put on ABC for her shared she recently ended a long-distance relationship with someone. She was traveling to see him a couple of times a month in the Middle East but decided she didn’t want to live there.

She’s also gone to party at Stagecoach which seems to be a right of passage. Fans think if he doesn’t choose her she could go onto Bachelor in Paradise. Another great thing about Kelley Flanagan is she’s already inspired some amazing memes. The top one being a comparison to Joe Goldberg of, “You.” A stalker who sometimes kills the women he loves. The caption on a picture of Joe says, “Kelley just ‘running into’ Peter in California.”