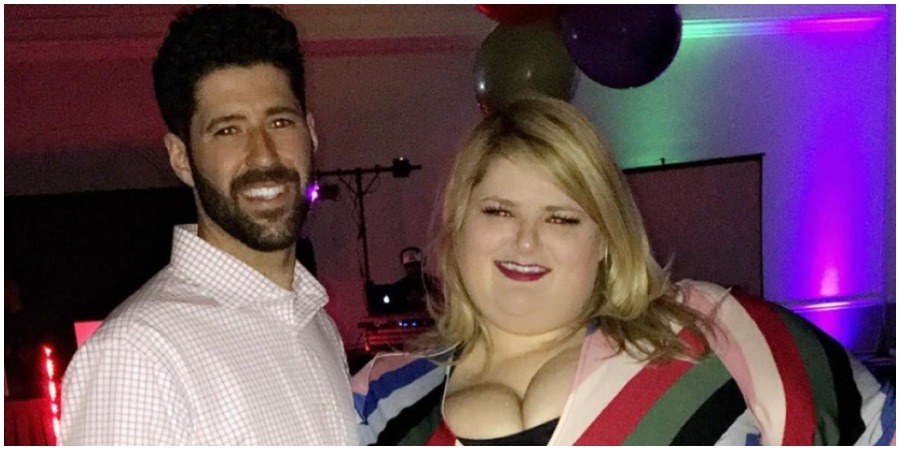 The new show Hot and Heavy is making waves on TLC. The concept of “mixed weight” couples is drawing some criticism. It seems only the women in the relationships are heavier, but some people are excited to watch.

One couple that fans are rooting for is Chris Ortega and Joy Hill. They are on the verge of getting married so that’s the main story line they are showcasing. The couple will deal with Chris’s family disapproving of his relationship with Joy.

Did The Hot And Heavy Stars Get Married?

This conflict in their relationships have Hot and Heavy fans wanting to know if the couple made it down the aisle. According to Distractify, the two met on a dating app. They then carried on a long distance relationship. With Joy living in Nebraska when they met and Chris living in California.

Chris flew across the country to meet her in person after just six months of talking on the phone. Chris said, “I’ve always been into bigger women. I’ve never had an issue with it.” They were engaged in November 2018 but were met with some push back from family. Joy posted on Instagram, “three years ago today I packed up my Jeep with all of my earthly belongings to move to California to be with a guy I had been dating for six months.” She said, “I was making a huge leap of faith with a guy I hadn’t known that long, but who already felt like home.” She went on to say it was the best decision she ever made.

Joy’s family loved Chris so the issues came from his side. He said at first they weren’t sure they were a match. Initially they highlighted his love of hiking and being active. He said they weren’t sure Joy could keep up with him. Chris said, “this is the person I want to be with — this wonderful, beautiful, kind woman.” He said eventually they accepted it because they wanted him to be happy.

Did They Make It Down The Aisle?

Though Hot and Heavy fans will see the two planning their wedding. They did get married on June 29th, 2019. They wed in Pioneer, California at a private home, but they said the ceremony and reception would be filmed by TLC. A look at Joy Hill’s Instagram has wife listed in her bio as one of her descriptive words. They’ve kept any pictures of the wedding off of social media so fans really have to wait to see it on the show.

Fans can take solace that at least one couple from the show are headed to a happy ending. Hot and Heavy airs on Tuesday January 7th on TLC