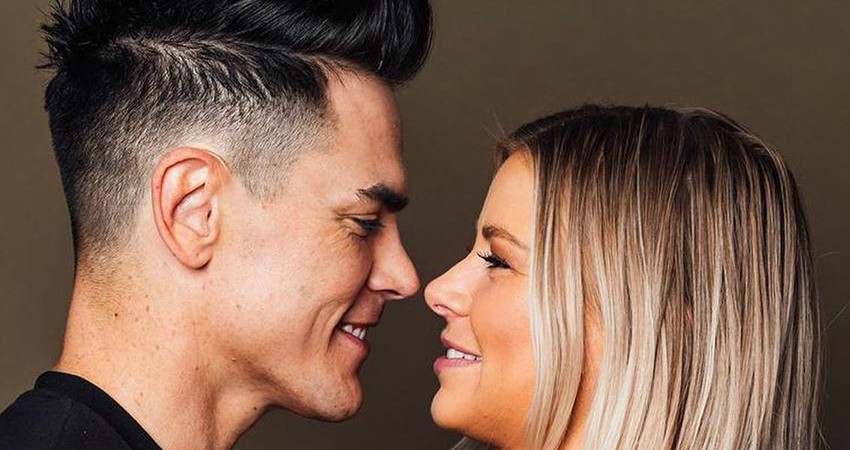 Vanderpump Rules couple Ariana Madix and Tom Sandoval began dating after the show’s second season. Since that time, fans and reporters have pestered Ariana on when she will get married or have children.

The answer is never, but no one will listen, not even her boyfriend.

VPR Star Calls Not Having Kids a ‘Dealbreaker’

During Season 7 of Vanderpump Rules, Sandoval shared a shocking ultimatum with co-stars Jax Taylor and Tom Schwartz. He said that it would be a relationship ‘dealbreaker’ if Ariana won’t have kids with him.

As fans know, Ariana has expressed her reluctance to give birth or get married. However, Sandoval later backtracked and blamed too much alcohol for his comments. The pair have seemingly agreed that adoption is an option in the future.

However, marriage is not on the table. And Ariana would like people to stop asking her.

Ariana Shuts Down Fan for Asking When She’ll Marry Sandoval

It’s not surprising that Vanderpump Rules fans are focused on marriage. Several of the original VPR stars are now married or engaged. Tom Schwartz finally wed his long-time girlfriend, Katie Maloney, during Season 6.

Both Lala Kent and Stassi Schroeder are engaged and planning 2020 weddings. Fans may have accepted that Ariana doesn’t want kids (yet,) but they are hellbent on seeing her marry Sandoval.

Many fans chose to gush over the photo. One devoted fan even noted that New Year’s Eve is the couple’s anniversary. The Vanderpump Rules duo have been dating for six years now.

However, Inquisitr points out that one fan seemingly annoyed Ariana with personal questions. A fan wrote in the comment section, “When r u two getting married!!!”

Ariana immediately shot the fan down with a terse, “we aren’t.” She then had a question of her own, retorting, “Why is this a thing?”

During press for Vanderpump Rules or her book she co-wrote with Sandoval, Ariana faces this question often. She vented about it on Twitter early last year. Ariana noted that Sandoval gets asked about his future business plans while she gets asked about babies.

When @TomSandoval1 and i do press interviews together, i get asked about babies and he gets asked about TomTom and future career plans. I’m putting this out there now: i will walk out of any situation where this happens from now on. I have goals. I work hard. Ask me about it. 👍🏼

Co-star Brittany Cartwright would also like people to stop asking if she’s pregnant.

It may be partly Brittany and Jax’s fault that everyone wants to know when they are having kids. The couple weren’t even married yet at the Season 7 reunion when they revealed they were trying for a baby.

The couple split during Season 6 when Jax cheated on her with SURver Faith. However, the couple reconciled and Season 7 followed their journey toward forgiveness.

Jax and Brittany married in Kentucky over the summer. Their wedding planning and nuptials will be featured heavily on the upcoming season. Since the wedding, Brittany has faced scrutiny on every outfit she wears, as fans search for the hint of a baby bump.

TV Shows Ace reports on how hard the questions have been on the VPR star. She says that oftentimes, ill-fitting clothes or a bad angle can make her look heavier than she actually is. This leads to speculation that she’s pregnant.

She assures fans that as soon as she knows when she’s having a baby, everyone else will know, too.

Sandoval and Jax Feuding Over Houses?

The trailer for Vanderpump Rules shows tense moments between the close friends. One issue reportedly stems from Jax putting down Sandoval and Ariana’s new home.

According to Sandoval, Jax had to buy a bigger and nicer house to “one-up” him. In fact, Jax may allude to having children as a reason why his house needs to be better.

However, to Sandoval, a house was a way for him and Ariana to commit to a relationship without marriage or kids.

Fans can watch what goes down between the former BFFs starting Tuesday, January 7. Vanderpump Rules returns to Bravo for Season 8.