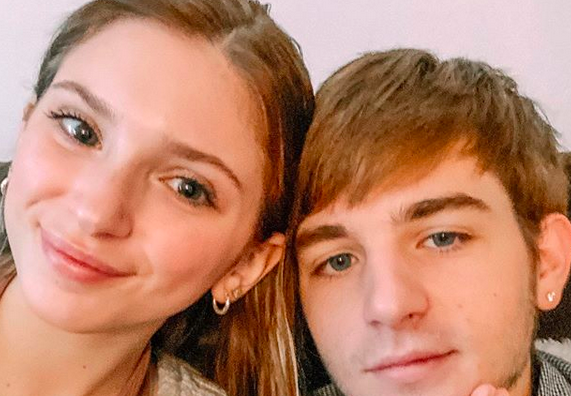 On Sunday afternoon, TV Shows Ace reported that Unexpected star McKayla Adkins was at the hospital. At the time, McKayla revealed that her daughter, Gracelynn, was going to need surgery. Since sharing this with her followers, McKayla has continued to update concerned fans.

Throughout the evening on Sunday, McKayla posted on her Instagram stories. She shared what was happening at the hospital and how things were going with Gracelynn. The young mom told fans that the nurses were having a difficult time getting an IV for Gracelynn. They finally got it on the fifth try.

It sounds like both McKayla and Gracelynn had a rough night. McKayla said that Gracelynn “spiked a little fever of 101.5”. Plus, Gracelynn didn’t want to sleep in the hospital crib. The mom said she might be holding her all night. Fortunately, her fever went down pretty quickly.

The Unexpected mom shared that Gracelynn didn’t go to sleep until 2:15am. Then, she said, “I slept for like 30 min and now I can’t go back to sleep but I’m exhausted… help”. McKayla was likely anxious about the surgery, especially because it was so unexpected.

The 11-month-old was scheduled for surgery at 7:30am EST on Monday. According to McKayla’s Instagram stories, she went back for surgery around that time.

Just two hours after Gracelynn went back for surgery, the Unexpected family was able to leave the hospital. McKayla shared another Instagram story letting fans know that Gracelynn did really well in surgery.

Why is Gracelynn at the hospital?

According to Kids Health, an abscess is caused by bacteria or fungi. The bacteria or fungi can enter the skin through an open wound. This can then cause an infection. Kids Health notes that abscesses are more common in kids. This is because kids are not capable of caring for their cuts on their own.

Was Unexpected star Caelan Morrison at the hospital too?

On her stories, McKayla went on about how Caelan was being such a supportive dad at the hospital. She shared a picture of Caelan and Gracelynn sitting in a chair. It looks like she might be watching a show on his phone.

She wrote, “Caelan has literally been the best dad through all this, he’s been so protective & attentive, drove all the way home (an hour away) to get me and gracelynn things and take care of domino, brought us dinner and let me lay down and get some energy back. I’m so thankful. I wouldn’t have been able to do today without him.”

From TLC’s Unexpected, fans know that things haven’t been great between McKayla and Caelan. Via YouTube and Instagram, it’s looked like they are on great terms. In the past, McKayla probably wouldn’t have said any of these things about Caelan. She used to say pretty negative things about him on the show.

Then, she adds, “He even almost told off the nurses when they couldn’t get an IV. I’ve never seen the protective dad side”.

Are you following along with McKayla for the latest updates on Gracelynn? Stay tuned for more news about Unexpected from TV Shows Ace.