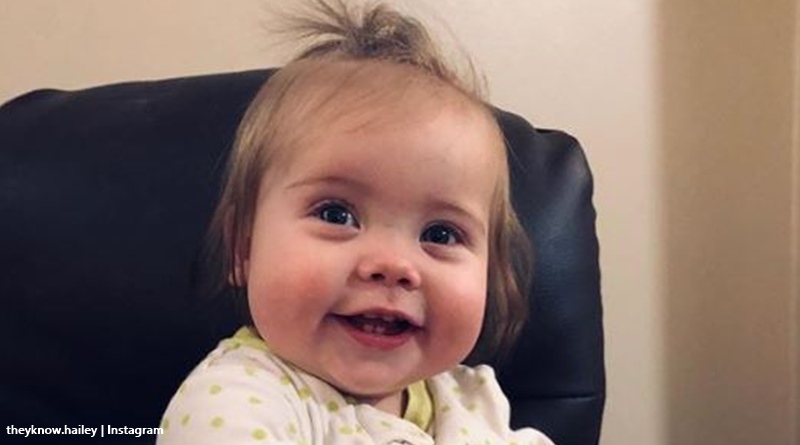 Unexpected fans know that before he had a thing with Hailey 2, Matthew Blevins fathered his daughter, Kinsley, with Hailey Tomlinson. Although he’s now expecting a child with Hailey 2, (Hailey’s ex bestie,) it looks like Matthew gets time to spend with Kinsley. At one stage, fans weren’t sure about his relationship with his daughter. But now she’s eight months old, and it’s apparent he does spend time with her.

TV Shows Ace reported back in November, at seven-months-old, Hailey Tomlinson’s daughter was in the hospital. At the time, fans thought she suffered from “respiratory syncytial virus, or RSV.” Later, Hailey asked Matthew to get along to the hospital. But, instead of rushing over there, he acted rather uncaring. She released text message screenshots. Matthew wrote, “You act like she’s dying, I know who’s kid she is. I told you maybe.”

Since then, Kinsley turned eight months old and seems healthy enough now. But since Hailey 2 and Matthew now expect their own baby, fans wonder how much Matthew sees of Kinsley. Or, even if he wants to. Starcasm revealed that since they announced the fact Hailey 2’s expecting a child, the couple had a very on-off relationship. Right now, it looks like they have split, despite the baby coming in early 2020. Naturally, fans Unexpected fans wonder if he’ll turn his back on Hailey 2’s baby as he apparently did when Kinsley got sick.

Despite fans worrying about Matthew and his attitude to Kinsley, it looks like he does still spend time with her. On Sunday, he shared a short video of Kinlsey lying next to him and happily drinking from her bottle. He captioned it with, “She’s always so good when I have her 😍🤎.” Unfortunately, Matthew keeps commenting off on his posts these days, so fans couldn’t say anything about it.

But, over on Hailey Tomlinson’s Instagram, fans get the opportunity to love Kinsley. Hailey shares plenty of videos and photos over there. Her most recent photo of the Unexpected baby came out at the end of December. As usual, the cute little girl’s smiling widely. Fans love that she always looks happy and smiles so much. One fan noted, “I don’t think I’ve seen any pictures that she’s not smiling. Another one said, “Oh stop ✋ I can’t take 😍her cuteness !!!!!.”

But, one fan on that post asked, “Does her so called dad see her?” Well, judging by Matthew’s latest post about Kinsley, it certainly looks like it. Are you glad to hear he still stays in touch with his daughter? Sound off your thoughts in the comments below.