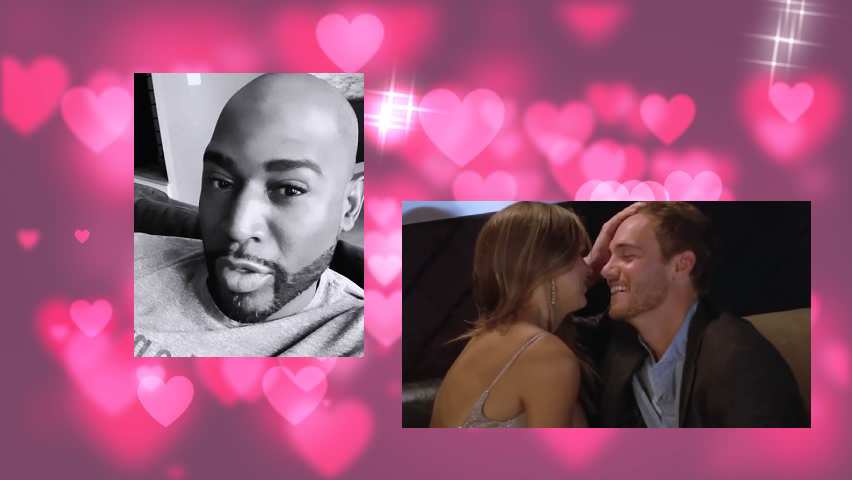 Queer Eye star Karamo Brown is sharing his thoughts on Peter Weber’s love life. The Bachelor hasn’t even started yet and it’s already become a topic of conversation. Most of Bachelor Nation wishes that his relationship with Hannah Brown would’ve worked out. Karamo agrees. He made this revelation at the Golden Globes on Sunday night.

Karamo Brown believes Peter Weber and Hannah B are perfect together

Fans will have to tune in tonight to see if Weber will find a new love on The Bachelor. But the former Real World star has someone else in mind for him. The 39-year-old spoke to Us Weekly exclusive on the Golden Globes red carpet on Sunday night. Brown also shared his thoughts on ABC having its first “black Bachelor.”

“He better find love on The Bachelor,” Brown exclaimed. “If he doesn’t, like, I mean no shade … He and Hannah [Brown] would be a very cute couple, but I’m not putting her down that road again. But I hope he finds love … and then I hope we have a black Bachelor! If I wasn’t getting married in September, I would tell you, ‘Holler at me.'”

The new Bachelor revealed to Good Morning America about the former Bachelorette, as reported via UPI.com. The season 24 premiere will show Brown getting out of the last limousine and greeting Weber. He came in third place during Brown’s season 15 of The Bachelorette. While Weber wouldn’t reveal whether Brown would become a contestant, he did address their sit-down meeting.

“I feel like both of us are in a very good spot,” the 28-year-old pilot said.

The other contestants were shocked to see Brown. Weber admits that some of them are “angry” that she’s there. He then added that he would also feel frustrated if he was in their shoes.

Bachelor still has feelings for Hannah B

The commercial pilot also admits that he still has feelings for his former flame. Does that mean even Weber feels he should get back with Brown? Here’s what he thinks, as reported via People.

“Even though it didn’t work out with us on The Bachelorette, that relationship still meant a lot to us,” he said. “You are going to see just how much it meant to us when you see the episode. All of the emotions resurfaced. They’re just real emotions that come out between two people that at one point cared about each other a lot.”

During their sit-down conversation, Weber can’t help but express how he feels. He tells Brown that he’s “confused” as to what to do. He then tells her that he “can’t help how my heart feels” and says he wants to “kiss her” and possibly more. Does that mean something will happen between them?

The Bachelor premieres on Monday at 8 p.m. ET on ABC. What are your thoughts on Peter Weber and Hannah B? Do you agree with Karamo Brown? Sound off below in the comments section. Don’t forget to check back with TV Shows Ace on the latest news on Bachelor Nation.