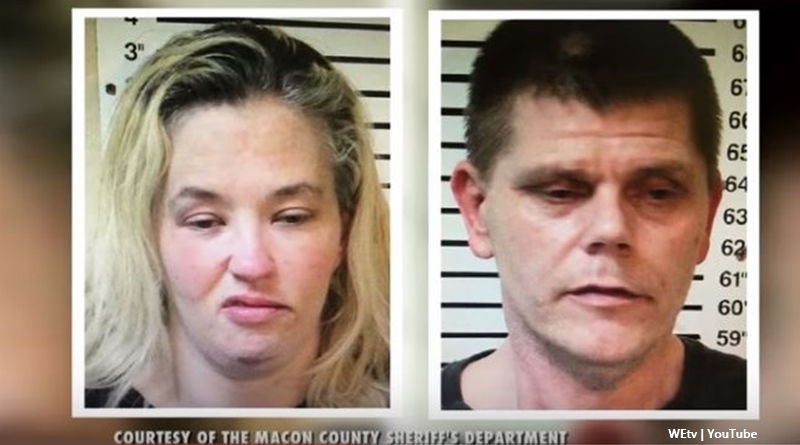 Mama June’s apparently been living from hotel to hotel and moves from casino to casino these days. The fallen reality TV star, now estranged from her daughters, hangs out with Geno and sometimes with his friends. Often disheveled, photos emerge of her looking less than her best. After reports came that they allegedly left their hotel room trashed in a fight, new reports emerge. A report suggests that Mama June couldn’t pay a hotel bill and got tossed out.

The last time fans of Mama June: From Not To Hot heard about June, the couple allegedly smashed up a room. The event went down at the FairBridge Inn & Suites in Georgia.  TV Shows Ace reported that after a fight, the police arrived. but, no charges were pressed. However, the damage amounted to around $1,000. Under new management, the owners were unable to give any other details. Living in hotels’ can’t help the budget, and now it looks like June ran into cash problems.

TMZ reported on January 5, that June couldn’t pay a hotel bill. Allegedly, this time, it involved the Residence Inn Marriott in McDonough, Georgia. The outlet reported that they ran up a bill of around $2,000. They noted that Mama June, Geno and some friends stayed there since about “Thanksgiving.” But, when hotel management asked her for some payment, she couldn’t pay all of it. Apparently, they moved out after being told to leave the property.

Where is June now?

A source told TMZ that they left the place in a mess, but it’s been cleaned up now.  Where did they go next? It’s not clear, but allegedly they went off to find a place nearby. Well, June sold her home in Georgia and took off in an RV. But, it seems she’s not really using it. Hotels, after all, at least bring a few more comforts. Tossed out, one might assume they went to her daughter Pumpkin’s place. But that’s not likely. They apparently still remain estranged from each other.

However, the chances are that Geno and Mama June won’t go far away. So far, they never really ventured all that far away from what she knows.  In the meantime, multiple outlets reported that they appeared in court in September, and needed to return October. Both June and Geno face federal drug-related charges. It’s not certain when they appear in court again. And, potentially, June could face time behind bars.

What do you think about June and Geno allegedly not being able to pay their full hotel bill? Do you think she’s running short of cash with her current lifestyle? Sound off your thoughts in the comments below.