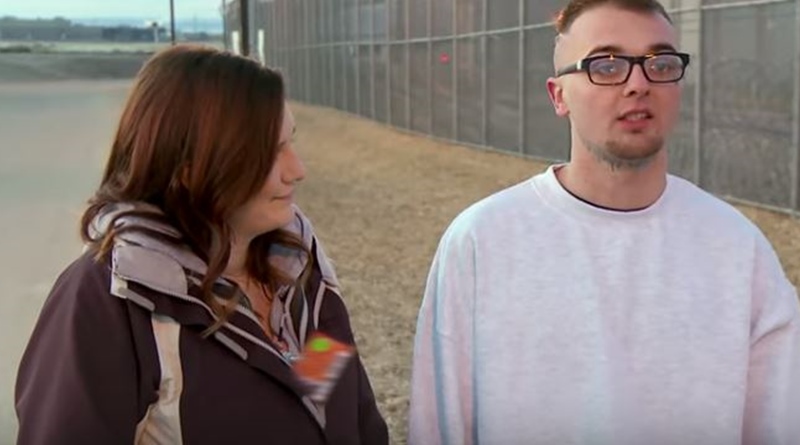 Love After Lockup recently featured Lizzy and Daniel on WEtv’s Life Goes On. Sharing her promo, Lizzy sparked Daniel’s anger as she said that he’s “f**ked up, mentally.” And, things escalated between them as she also said that he’s “on meth.” Across Facebook and Twitter, their feud rages on, proving their rocky relationship’s still as rocky as ever. In fact, it’s not that clear they even see each other off-screen anymore.

TV Shows Ace often writes about those relationships that turn out well for the WEtv stars. For example, Marcelino and Britanny Santiago get loads of love from fans. They work hard at making their lives work out. But, it seems Daniel and Lizzy simply never work things out between them. We know that the couple actually met before he ended up inside. So, for much of their time together they lived apart. Obviously, that didn’t help their relationship.

Heavy reminds us that Lizzy and Daniel clashed as he never kept himself “clean” in prison. Plus Lizzy ran into problems with Daniel’s mom. Then an ex brought more conflict between the Love After Lockup couple. And, finally, fans heard that Daniel got into trouble with WEtv for sharing about kissing another girl. It looks like they split, and it’s not clear if they date anyone else now.

The latest feud shows no love lost between the two stars

Starcasm reported that “Lizzy did a little promotion for the episode on Facebook, but she did it at Daniel’s expense. “Love After Lockup fans, don’t forget to tune into Life Goes On on the WEtv app to see how f**ked up, mentally, Daniel really is.” Naturally, Daniel raged about that, and using loads of expletives, told his fans exactly what he thought of Lizzy. He thinks she just causes drama for the show, and he’s over it. And, he threatened that he’d show up at her work.

But the feud extended to Twitter as well. Over there, Lizzy shared about Daniel’s threat to go to her work. She shared a screenshot of what Daniel said. And, she captioned it with, “If I go missing, just know it was Daniel. Since he thinks he’s tough for threatening to come to my work.”

If I go missing, just know it was Daniel. Since he thinks he's tough for threatening to come to my work. 🖕🏻🖕🏻 pic.twitter.com/SJZeEvOrNe

Later, she also talked about “Mommy dearest,” claiming she’s as “illiterate as Daniel.” Fans think perhaps they should take “Love” out of Love After Lockup as it sounds really toxic.

Mommy dearest is getting in the middle of the drama. 😂😂
She's just as illiterate as Daniel. pic.twitter.com/vNstOC7Szr

Adding fuel to the fire by saying Daniel’s on meth

Further down in her tweet about Daniel visiting her workplace, Lizzy said straight up that Daniel’s “on meth.” The Love After Lockup star wrote, “He’s on meth,” adding, “There’s no way anyone loses that much weight on a medication. Doctors regulate it the best they can.” Well, it certainly looks like the couple won’t stop their social media feud any time soon.

What do you think about Lizzy saying that Daniel’s on meth, and doing so publicly on social media? Sound off your thoughts in the comments below.