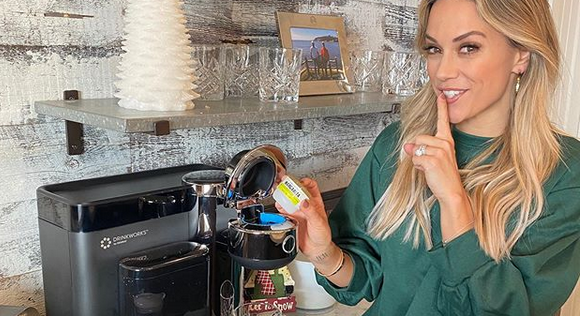 Jana Kramer is causing divorce rumors to swirl on Instagram. The former Dancing with the Stars contestant may have revealed that her marriage to Mike Caussin is coming to an end. She’s always been honest about the struggles of their marriage, including her husband’s issues with infidelity and sex addiction. The couple has worked through their issues and remained together.

Their decision was guided by their two children. However, the One Tree Hill star’s latest Instagram posts may indicate that their marriage is at its wits end. Fans are assuming that it’s over for the couple.

Divorce rumors first swirled around Monday, Dec. 30 when Kramer posted a selfie. It wasn’t the photo in question that made fans worried. It was the caption that she wrote.

2019. Ur coming to a very interesting end….and for now, all I have to say is…Time heals all wounds.

As Yahoo! Entertainment reported, some of her friends commented on that very Instagram post. They offered their support and words of encouragement which caused fans to wonder about the state of her marriage to Caussin. Fans assumed that something wasn’t right with Kramer’s marriage.

She also removed the word “wife” from her Instagram bio, according to Us Weekly. However, she added that word back to her bio since the report was published. But she did remove her husband’s name from the podcast they shared, Whine Down with Jana Kramer and Mike Caussin. However, she did add Caussin’s name to one of her Instagram posts. But she only did that to explain how difficult their marriage has been since they started marriage counseling.

Santa was a success ;). Jolie asked for a unicorn…no surprise there;). What are y’all asking for? (As a mom I feel like I now understand when my parents said they don’t want anything and just want to see their kids happy and healthy. That’s all I want! …listen to the podcast tomorrow to hear more about that)

The divorce rumors continued to swirl when she posted a photo of herself with her friend, Sara Brice, in bed with her. She hinted that she didn’t spend New Year’s Eve with Caussin. Then, on Wednesday, Jan. 1, she posted the following caption to Instagram.

“She has been through hell. So believe when I say, fear her when she looks into a fire and smiles.”

From the looks of her recent Instagram posts, it doesn’t look like their marriage is doing well. The couple has tried to fix their marriage several times. Their marriage was plagued with problems shortly after they got married in 2015. They had so many problems that Kramer has made their marriage a common topic on the podcast they share together.

These two couples have a lot in common. They put their kids first. On her latest episode of her podcast, Jana Kramer and Mike Caussin invited Dean McDermott onto their show. Despite their share of marital problems, Spelling and McDermott have stayed together. Before their interview ended, McDermott praised the couple for sticking to their vows, as reported via E! News.

“Guys, keep up the good work. Three and a half years out? That’s awesome that you’re still together,” the actor said. “Awesome work.”

“You’ve been our beacon of hope so thank you,” Kramer responded.

What are your thoughts on her latest Instagram posts? Do you feel that Jana Kramer and Mike Caussin’s marriage has come to an end? Sound off below in the comments section. Don’t forget to check back with TV Shows Ace for the latest news on the couple.