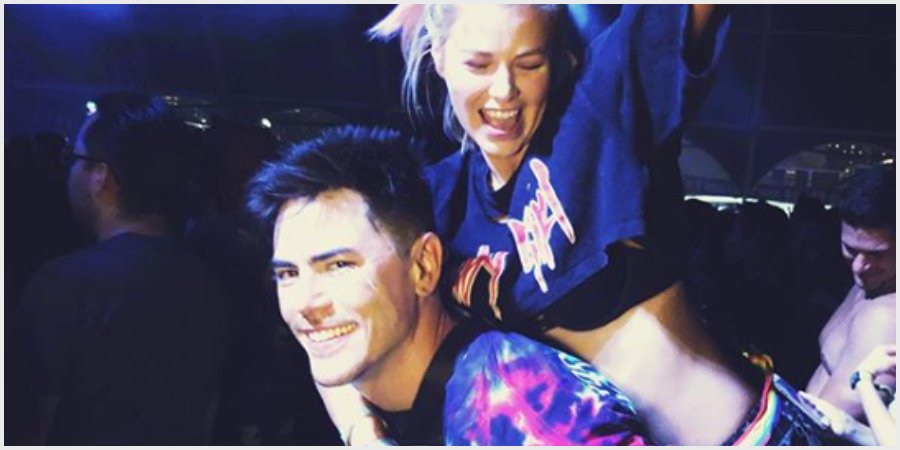 Vanderpump Rules is known for having some volatile relationships. Tom Sandoval and Jax Taylor are no exception. Best friends for years the two of them sometimes have some pretty serious fights. When you’ve been friends as long as they have it’s common to get into some arguments. Most people don’t have to do it in such a public way.

Last year Tom bought a new house with Ariana Madix, his girlfriend of six years. In a clip for the new season fans see Sandoval talking to her about Jax and what he had said about their house.

Thank u @casamigos for making our #fancyafcocktails book release party extra FancyAF! Put on my Clark Gable ‘stache for the occasion, and also bc its a look directly taken from the book! Cheers! #stayfancy

Tom Sandoval said, “everything he said about the house, he just was like, it was an immediate one-upper.” Even after Tom told him the new house meant the world to him, Jax continued talking about his own house with Brittany Cartwright.

Jax said they needed a bit more than Tom and Ariana. He stated the house was good for them, but implied it wasn’t good enough for him. Tom said since he had no plans of getting married or having children, moving in with Ariana was their way of committing.

He wanted to celebrate without Jax trying to one up everything he was saying. Jax is someone who likes to brag by nature, so it’s not surprising he was saying his house was better.

The Couple Started A Trend In House Buying For The Cast

Tom Sandoval and Madix were the first out of all the cast to by a new home in 2018. Jax and Brittany and Tom Schwartz and Katie Maloney followed suite. They all live close too each other now after the purchases. Last year when they shared pictures of the house, they faced criticism because it wasn’t furnished and decorated.

Madix said they wanted to take their time fixing it the way they wanted, so they did it right. She didn’t just want to throw whatever in and call it done. Now that they’re putting things in their house, they are getting the things they want.

Ariana said Jax couldn’t seem to stop himself when he was comparing their house to his according the Inquisitr. Fans will be able to see everyone’s new house on the new season of Vanderpump Rules. They’ll also be able to see all the drama that comes along with the cast growing up and going in different directions with their lives.

Kody Brown: All Wives Worked To Support Family Before Going Public
‘The Bachelorette’: Nick Viall Dishes On Message He Had For Katie Thurston’s Men
Too Much Heat? Lindsie Chrisley Takes A Break From Social Media
WOAH! Tori Roloff Fires Up ‘LPBW’ Fans: Is She Mad At Amy?!
Lauren Burnham Gives Update On Daughter, Shares Huge Surprise For Arie