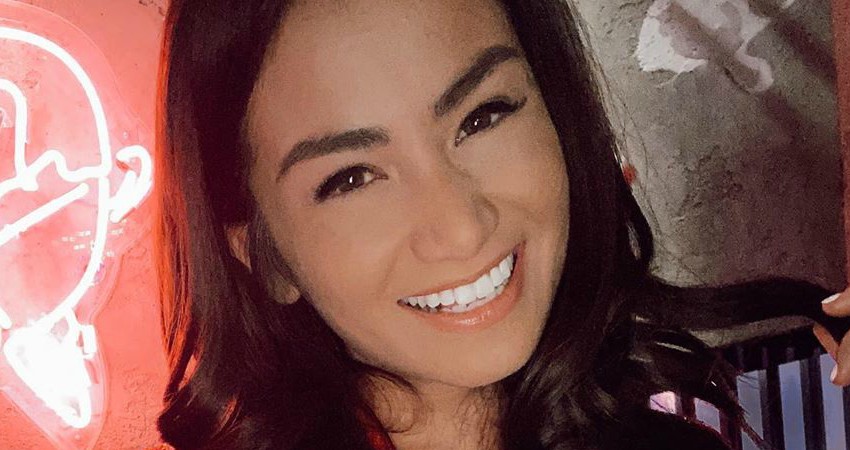 Now almost-Bachelorette Caila Quinn reveals to Us Weekly that her boyfriend of two years popped the question.

Caila Quinn was on The Bachelor Season 20 in 2016. The reality star competed with 28 other women for the affection of Ben Higgins. JoJo Fletcher, Caila and Lauren Bushnell were Ben’s final three choices.

Lauren was the ‘winner’ of Season 20 after Caila and then JoJo were sent home. Lauren and Ben’s engagement ended within a year after the show’s finale.

Caila was rumored to be in the running for Season 12 of The Bachelorette. ABC ultimately went with JoJo instead of the software rep. Caila later appeared on the spin-off Bachelor in Paradise.

During her time on Season 3 of BiP, Caila was involved in a love triangle with co-stars Jared Haibon and Ashely Iaconetti. Jared and Ashley went on to marry in the summer of 2019. JoJo is still engaged to her final pick on The Bachelorette, Jordan Rodgers.

Speaking to Us Weekly, Caila detailed how her boyfriend of two years, Nick Burrello, asked her to marry him. The couple met through a former Bachelor co-star, Olivia Caridi. Caila explains,

My girlfriend Olivia had briefly pulled up a picture earlier that night in an effort to set us up. I really wasn’t even looking for someone at the time, having been in New York for over two years – I thought all the good ones had deserted.”

However, the Bachelor in Paradise alum decided to give him a chance and the rest is history. On her blog, Caila described the first meeting: “The walls of the Wren were lined with hopeful singles, but to our table tucked away in the back of the bar you came without hesitation.”

During a trip to Sarasota, Florida, to see her family over the holidays, Nick pulled out all the stops. He rented a suite at the Ritz Carlton and spread roses on the bed.

The couple then enjoyed a romantic dinner at a restaurant by the ocean. It was after dinner that Nick proposed. Caila sets the scene,

Then, at the end of the dinner, he asked me to slow dance and I said, ‘OK.’ So we started slow dancing and I’m swaying in his arms and then he gets on one knee and he asks me.”

The surprises didn’t end there. Even though Caila thought they were dining alone, both her parents and Nick’s parents were secretly at the restaurant.

According to Caila, the wedding will be this year and possibly in Sarasota. Her former Bachelor co-star and matchmaker Olivia is definitely getting an invite.

As for other possible attendees from Bachelor Nation, Bachelor alum Sharleen Joynt can expect an invitation to the wedding.

Jed Wyatt is something of a bad boy in Bachelorette fandom. During Season 15, Jed was Hannah Brown’s final choice. He proposed to the former Miss Alabama at the end of the season.

However, the engagement quickly blew up in his face after Hannah discovered he already had a girlfriend. Hannah later tried to reignite the flame with runner-up Tyler Cameron, but nothing came of it. She later competed and won on Dancing With The Stars.

As for Jed, Showbiz Cheatsheet reports that he became “Instagram official” with a new woman last month. His new girlfriend is Ellen Decker, a personal trainer and model.

In fact, Jed recently posted two cute selfies with his girlfriend on Christmas and then again on New Year’s Day.

Turns out time travel is possible, 5 days goes by in about 30 minutes with this one. Merriest Christmas ever. 🎄

Despite his bad boy ways on The Bachelorette, fans seem to be rooting for his new relationship.

Several fans replied to the selfies encouraging Jed to make it official-official and marry Ellen ASAP.

Given that both Jed and Ellen are fast and furious with the public declarations of “I love you,” fans may get their wish sooner rather than later.

Hannah Brown’s third-place runner up, Peter Weber is the new star of The Bachelor. The pilot’s season premieres Monday, January 6, on ABC.

‘Love Island USA’: Aimee Flores Refuses To Give Her Cookie To Any Man
Maddie Brown Brush Gets Relatable About Cooking & Groceries
Duggar Family STUCK Under TLC’s Thumb, Trapped By ‘Counting On’ Contract
Who Will Be The Next ‘Bachelor’? One Contestant Reportedly Getting ‘The Bachelor’ Edit
‘Naked and Afraid of Love’: New Dating Series Coming to discovery+ in August 2021