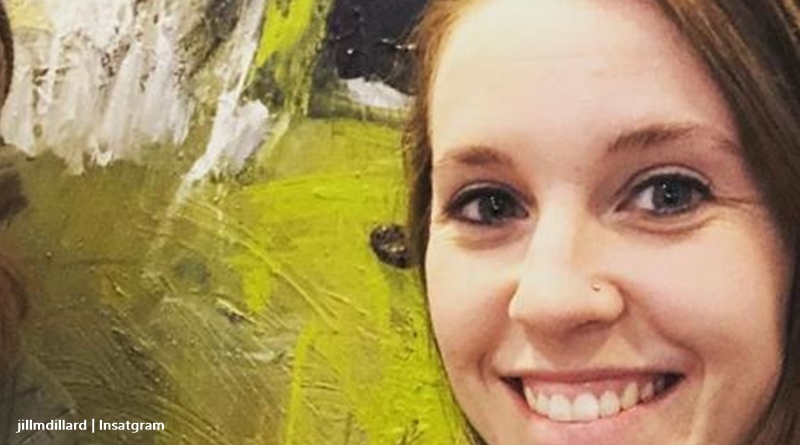 Duggar trolls seemingly forgot to put “less trolling” on their list of New Year resolutions in 2020. In fact, after the festive season, many of them seem to think the year brings an opportunity to slam Jill Dillard for almost anything. And, now, after sharing a simple post about a fan P.O Box, they went to work hammering at her.

TV Shows Ace reported that almost anything Jill Dillard posts brings out the trolls. From recipes, to even Christmas shopping, they stand by ready to stab at her. In fact, she even got slammed for doing her Christmas shopping online. Some fans suggested that the young mom’s just “lazy.” Others criticized her for not supporting a “local business.” But, other fans defended Jill, saying the young Duggar mom probably finds it easier than shopping with two kids. Plus, they noted how it helps stay within a budget.

It seems a pity that Jill, one of the Duggar daughters who suffered from Josh’s unwanted attention, gets so many trolls, fans think. And, it also emerged that Derick recently told fans that they were kept in the “dark” over the TLC contract. He alleges that they believed they had to film, as it was part of Jim Bob’s “ministry.” InTouch Weekly reminds us that they “were under the impression that the family didn’t make any money from the show.” Jill wanted out of the show, he noted. And he felt it unfair to pressure an “abuse victim” to continue filming. But trolls just don’t seem to care about Jill and continue to victimize her.

On Friday, Jill shared a post for her fans and told them about a P.O Box. She captioned it with, “Made a trip to the post office today to get a new P.O. box!” The photos showed the number. And people could swipe for more contact details. Many fans were very happy as they can now write or send cards to at least one Duggar family member. One fan said, “Very cool! My daughter loves the Duggar girls and has repeatedly asked if she could send them letters. Never knew where to send, but now she can at least send one to Jill!”

But the trolls came out, as inevitably, they do on Duggar posts. One troll said, “So, you’re essentially just begging for people to send you free stuff now?” Another said, “they are looking for a handout.” Yet another troll chipped in with something unedifying. They noted, “…they want people to send them things.” Then came this comment: “Are you guys grifting your fans again for money and gifts? Because why else would you give you P.O. Box? How about you both get jobs, real fulltime jobs like everyone else. ”

Loyal fans grow tired of trolls on the Duggar pages. Despite trolls thinking the majority of TLC fans hate the Dillards, that’s not true. And, Jill has no shortage of pleasant fans ready to defend her. One fan said to the trollers, “many of the normal humans in the US have PO Boxes. Get over yourselves. 🙄” Another one pointed out, “May I suggest y’all start a hate page somewhere else!” Yet another wrote, “just stop the hate…they don’t care what you say and neither do most of us…quit embarrassing yourself!!”

✉️📦 Made a trip to the post office today to get a new P.O. box! Swipe up in my stories for contact info. 📬🤗

What do you think about the trolls coming out in the new year armed and ready to slam on Jill Dillard? Sound off your thoughts in the comments below.

Remember to check back with TV Shows Ace often for more news about Jill Dillard and the rest of the  Duggar family.