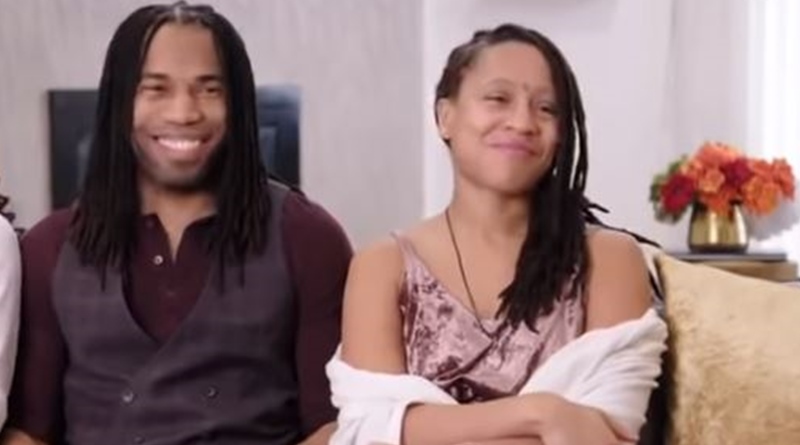 Seeking Sister Wife seems on permanent hiatus from TLC at the moment. Following the death of Bernie McGee, it looks like it fell off the radar. But, while fans hope for a new season, Dimitri and Ashley Snowden kept themselves busy with a podcast. And, Dimitri went to comedy classes. Now, he revealed their new business launch in 2020.

After Bernie McGee died from a heart attack, critics, haters, and even fans stopped talking about the TLC show for a while. TV Shows Ace reported that using the impetus of the show, Dimitri and Ashley Snowden started a podcast. There, they shared all sorts of things about living a polygamous lifestyle. Fans followed it for a while, but then he threw out that he attended comedy classes. But, he emphasized it’s not for a career. Other than that, the couple’s been fairly quiet.

Other news filtered in about the other people in the last season of the show. Cheatsheet reported that Dimitri and Ashley Snowden’s failed partner, Vanessa Cobbs went off to Australia. For a while, the Snowden’s and Vanessa got into a bit of a wrangle with fans who felt Dimitri forced her to give up too many things in her lifestyle. Then that faded away as well. Like the hopes for a new season of Seeking Sister Wife, news about the cast dried up to almost nothing.

Fans were never totally sure what Dimitri actually did for a living. But one day, Reality Star Facts dug around and told them all about it. According to them, “The 37-year-old entrepreneur, Dimitri Snowden, is the owner of a successful IT company. He is recognized as an ontological architect An ontological architect is a person who professionally employs artificial intelligence in trying to understand the world.” Okay well, that still doesn’t explain everything, but he’s obviously earning a living. And, now, he talked about a new business venture.

Taking to his Instagram on New Year’s Day, Dimitri told Seeking Sister Wife fans they could watch a video that launched their new business. It’s an advertorial thing showing they now sell vapes and CBD oil products. The company’s called Snowden Botanicals. He directed people to the website for the company, where it’s described as a CBD and herbal wellness site. There’s a Q&A at the bottom of the main page where they answer frequently asked questions about product safety and organic origin.

Happy New Year! We are so GRATEFUL to share what we spent the last year developing. A combination of passion and purpose, @snowden.botanicals was birthed from the belief that wellness should be natural, practical, and healing to the mind body and soul. . Please visit @snowden.botanicals and snowdenbotanicals.com to learn more about our CBD products, our herbal blends, and more to come in 2020! 🌱 . #cbdproducts #herbalhealing #snowdenbotanicals

What do you think about the new business that Dimitri and Ashley Snowden launched for 2020? Do you think their products will sell well? Sound off your thoughts in the comments below.

Remember to check back with TV Shows Ace often for more news about the cast of TLC’s Seeking Sister Wife.