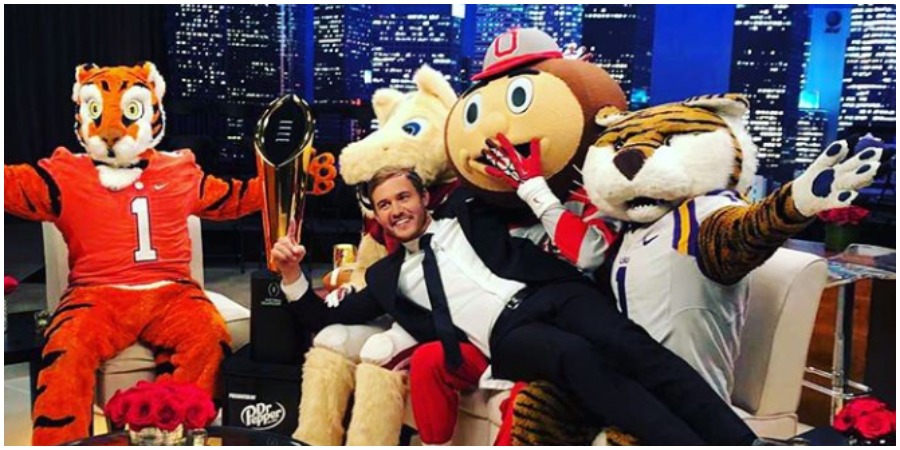 Peter Weber got hurt during the time he was filming The Bachelor. He was in Costa Rica and his head got split open in a golf cart accident. He said that it was pretty scary. Weber said, “there was a ton of blood. It looked like a murder scene when it happened. It just started pouring out.”

He said his forehead was split open and he had to be rushed to get stitches. When it happened, he said he didn’t feel it. He said the endorphins were firing and people were rushing over to stop it from bleeding. He said the plastic surgeon did a really good job because he didn’t think he’d ever look the same again.

Turbulence can be fun

Peter Weber Said The Show Must Go On In Costa Rica

Even though Peter Weber was hurt, the women of the show flew into Costa Rica the day after. He went on a date with one the day after it happened. Peter said the women were concerned and he, “told them some crazy story like I fought a Puma off in the jungle to kind of like make it sound better.”

Peter is full of jokes. He said by the time the show moved on to Chile the stitches were gone. When talking about the injury he said, “it kind of does play a role in a little bit later on in the season. I’m not gonna spoil it, but it’s actually kind of cool.” Weber said the girls took care of him, but he wasn’t going to let a little blood stop him from finding his wife. He also said chicks dig scars so he was good to go.

The Bachelor Wasn’t Giving Anything Away About His Season

The Bachelor will return Monday January 6th at 8 pm, and fans are ready. There’s already been plenty of good teasers including a return of Hannah Brown. Peter admitted his heart gets broken during the new season but not as badly as it did on The Bachelorette. Peter Weber talked a little about his season. He said he cried more than any other Bachelor according to WZZM 13.

He’s okay with being emotional. Weber said, “I literally wore my heart on my sleeve from night one till the very last second of this whole experience, and I don’t regret that for one second. I don’t take anything back and that’s who I am.”