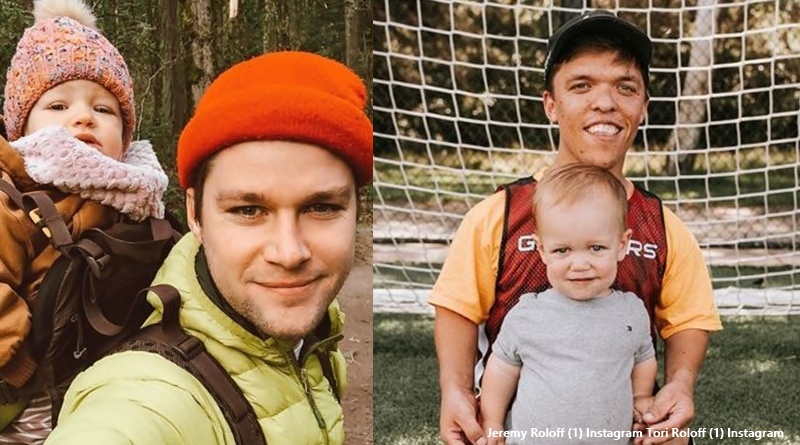 LPBW fans know that Amy Roloff moved off the farm and into town. She sold shares to Matt Roloff and moved on with Chris Marek. Now, going by what Tori and Jeremy said recently, fans seem convinced that very soon, Matt will give up farming, retire to Arizona, and Jeremy and Zach will take over.

TV Shows Ace reported back in September, that the last season showed Matt and Amy finally sort out the buyout on part of the farm. Many fans feared that with the divorce and the land decided, that Matt might sell the farm off to strangers. But it didn’t look like that would happen immediately as Matt started making some changes to the property. He pulled down the old treehouse and promised fans they’d see other changes if they went along for the Pumpkin Season. In the meantime, this New Year, fans saw Amy settling in her new home in Portland.

In October, Cheatsheet noted that fans felt they saw the best evidence that Matt plans to keep the farm for future generations. He shared an Instagram post of him and Caryn with little Jackson. He captioned it with, “Training the next generation to run the patch.”  Well, many LPBW fans exhort Matt not to sell off the farm. In fact, they beg him to keep it for at least Jackson to take over when he grows older. Plus, they worry about what Zach will do to make a living if the farm leaves the family.

Fans convinced Jeremy and Zach take over the farm soon

Fans of the show can recall that Jeremy posted about wanting to farm back in August last year. He shared a photo of him and Ember at another farm. His captioned read, “Did I mention that Ember loved our trip to @fivemarysfarms Haha.” he also went on to say, “There’s something about the farm/ranch life that touches me deep down. I love it. This trip and watching Ember play definitely reawakened us to a yearning & burning we have for land. We’ve always wanted property.” But, henoted that it takes “decisions” and a “game plan.”

Well, LPBW fans wondered why it sounded like a mission, and some told him to get Matt to let him farm Roloff farms. And, Jeremy never ruled out that possibility. But, lately, Tori shared about the New Year and 2020, and that got fans wondering about Zach and the farm. In her post, she said, “I am grateful for my little family. Especially my husband who is leading us into 2020 to make it our best year yet!” So, when Jeremy posted about the farm on New Year’s Day, fans put two and two together. They think Zach’s best year yet means he’s taking over the farm. And on his new post, they think Jeremy’s right there with Zach.

Did I mention that Ember loved our trip to @fivemarysfarms Haha. If you didn’t know, they have the best meat ever and they ship their meat nationwide! Give it a try you won’t regret it. • There’s something about the farm/ranch life that touches me deep down. I love it. This trip and watching Ember play definitely reawakened us to a yearning & burning we have for land. We’ve always wanted property, but it obviously takes more than want to achieve something. It feels like time to make decisions and a game plan. 💪🏼

Jeremy shares about the swamp fort on the farm

Fans of the Little People, Big World show might recall the swamp fort built on the farm. Now getting old, Jeremy visited it and said its time has come to an end. He wrote, “Built this thing in high school and it’s officially lasted 12 years, but the Oregon winter can be brutal on barn wood.” Nothing else was said about him farming with Zach. But, fans think otherwise. One fan noted, “Let’s see, he showed photos of their house looking it’s very best…..why else unless it’s up for sale? Then Tori said Zac is leading them to big things…Hard not to figure there’s something in@the air concerning the boys.”

Another fan wrote, “Im so happy ur dad didnt sell the farm its a part of u ur family and ur brothers and sister Happy New Year.” Plus, one person noted, “not too long ago Jerem was talking about buying the farm.”Another fan thought it was all a Fait accompli, writing, “I’m relieved it’s in good hands.”

New Year’s Day cruise around the farm. I’ve always been a fan of the utilitarian nature of the Kawasaki mules, but these rangers are legit capable. Have only ran into several situations where it couldn’t hang. We checked out the swamp fort and I think it might be enjoying its last winter. Built this thing in high school and it’s officially lasted 12 years, but the Oregon winter can be brutal on barn wood.

What do you think about fans believing that Jeremy and Zach will soon take over the farm from Matt Roloff? Do you think the little they said so far justifies this train of thought? Sound off your thoughts in the comments below.