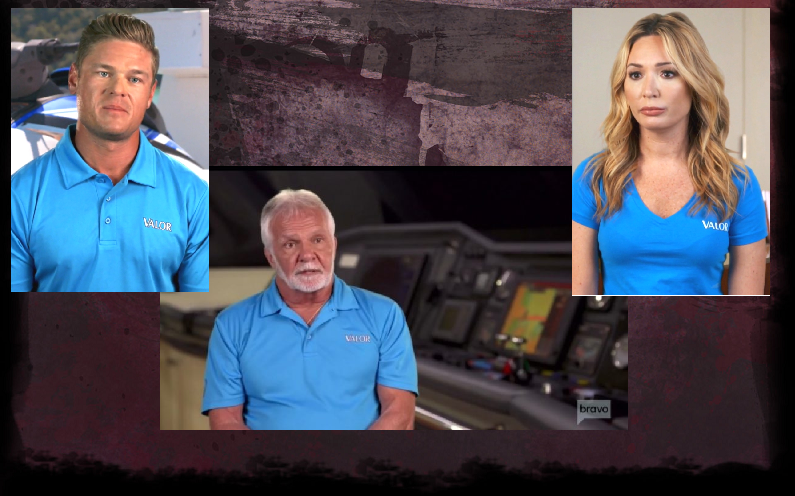 Below Deck’s Captain Lee Rosbach has a lot to say about Ashton Pienaar’s fight with Kate Chastain. Ashton ended up on the captain’s bad side after the latest episodes showed the bosun drunk and acting erratically towards the chief stew. The infamous van scene featured Pienaar yelling at Chastain and punching a window.

Chastain was understandably shaken up from that incident. She left the yacht in the middle of the night without notifying Rosbach. The captain was angry and frustrated the next morning when he heard about what happened. Not only is Rosbach upset with Pienaar, but he’s also disappointed with Chastain.

After the last episode of Below Deck aired on Monday, Dec. 30, Rosbach took to his Bravo blog to let Pienaar know how he really feels, as reported by All About the Tea.

“I have no idea who or what you think you are doing. This story line with you getting black out drunk and misbehaving is getting really old,” Rosbach wrote. “Over a thousand dollars damage caused by your behavior at the beach club and then make unwanted sexual advances on a superior, yeah, I said that, check your epaulettes, and then you try to physically attack her, and then you don’t even remember any of it. I don’t know but I really sense a problem here.”

He also mentioned that he was disturbed by Pienaar’s reaction to his behavior in the van the next day. In the episode, Pienaar said he wanted to come off as the bigger person, but then he blamed Chastain for what happened. He also expected Chastain to apologize for what he did wrong. The captain said that Pienaar should have taken more responsibility for his own actions. It’s clear that Rosbach is getting tired of the bosun’s bad behavior.

On his blog, Rosbach revealed that he also wasn’t too happy with Chastain for leaving the boat, as reported via Hollywood Life. Despite what the crew may think of the chief stew’s relationship with the captain, he made it clear that he doesn’t play favorites. He said in his latest blog post that he doesn’t understand why Chastain didn’t come to him in the first place.

He wished that Chastain would’ve left him a note assuring him that she was okay. But Rosbach still understands why she had to leave the yacht. He revealed that he would’ve dealt with the incident as quickly as possible. Rosbach made it clear that he would’ve been firm with Pienaar. He also credited Chastain for handling the situation with “a great deal of class” by not “tossing Ashton under the bus that he would’ve been deserving of.”

The Below Deck captain also tweeted that the situation would’ve been “totally” different if he had known what had happened in the van that night, as reported via Showbiz CheatSheet.

“They were all wrong, just plain wrong on so many levels,” he tweeted about Ashton Pienaar, Tanner Sterback, and Brian de Saint Pern after the episode.

The scary van ride started when Pienaar punched one of the car windows after Chastain asked him about his mother. Their altercation almost got physical. Later, the two Below Deck crew members fought on the boat. Pienaar accused Chastain of acting like she’s better than everyone else.

Sterback agreed, which caused Chastain to leave the boat. Thankfully, she’s back. What are your thoughts on Captain Lee’s latest blog post?

Don’t forget to check back with TV Shows Ace for the latest news on Season 7 of Below Deck.