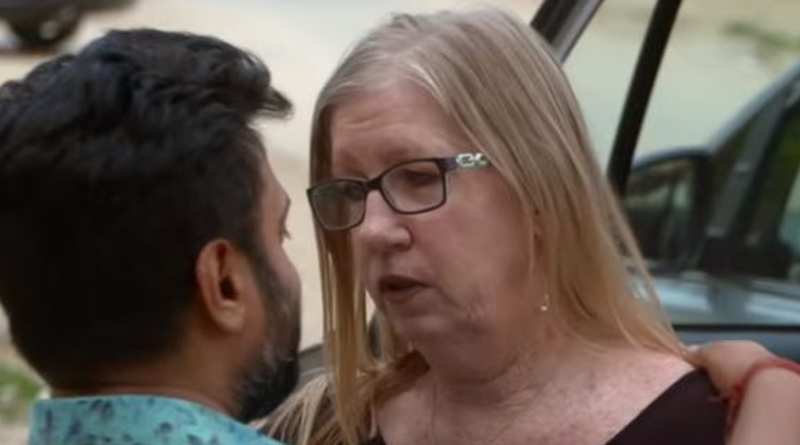 90 Day Fiance fans suspected Sumit and his relationship with Jenny. Even before the news emerged that he was already married in India, fans guessed as much. Fans watched Jenny go into a meltdown in front of the cameras as she revealed Sumit’s family and his Indian wife’s family confronted them in her apartment. Suspicious, some fans thought TLC probably made a big deal of something they already knew. But, a senior exec denied it completely. It seems they were caught by surprise.

TV Shows Ace reported that Sumit took a lot of criticism from fans of the show. Not only did they slam him for “cheating “on his Indian wife, but also for not being man enough to tell Jenny the truth. Later, Jenny seemingly admitted his arranged marriage ended up in a divorce. And, he and Jenny look forward to rebuilding their life together. The news came from an Instagram post by Sumit. After a fan asked about him being married, Jenny replied, saying, “He’s not married anymore.”

Happy fans noted that in more recent posts, both of these 90 Day Fiance stars talk about soon being together permanently. And, fans hope to follow them in another season of the show. In a recent post, one week ago, however, Sumit explained his divorce is not final yet. A fan asked him, “Sumit are you divorced yet?” To that, Sumit replied, “in process.” And, one fan told Jenny to prove the rumors “false” that she never knew he was married. But, it seems nobody but Sumit actually knew. Not even TLC execs.

E!News reported that Orstein is a senior vice president of production and development at TLC. They reported that he said they didn’t follow the couple in India around the clock. It’s expensive and rather restrictive. So, when the marriage came out, they weren’t filming the couple. He said, “It’s just still fresh in mind, but when we found out that Sumit was married, that really caught us off guard.” He added, ” I remember vividly where I was in the office when I heard about it and talking about it on the phone with our production partners, Sharp. ”

Anyway, they then got a camera crew out there in a hurry. Then, Jenny had to relive the experience. And, as fans of the 90 Day Fiance show know, she really came over as totally distraught. Shocked fans felt her pain vividly.  TLC execs felt it was one of the “most shocking moments…in recent memory on the franchise.”

What do you think about the TLC exec saying that they never scripted Sumit being married, and it actually caught them by surprise? Sound off your thoughts in the comments below.