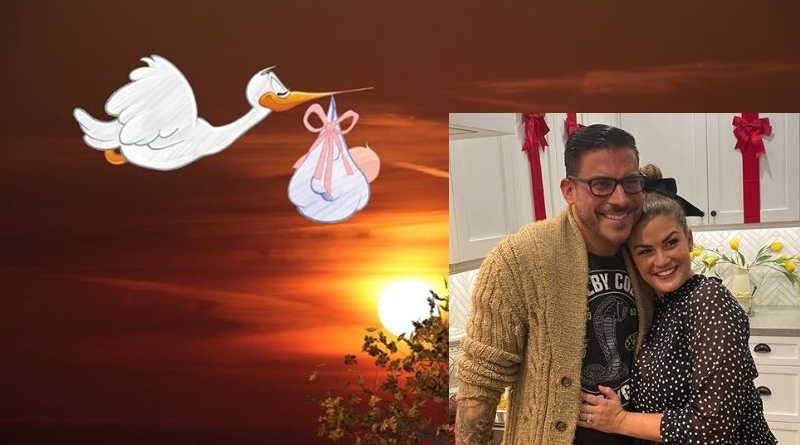 VPR fans heard that in the upcoming season, Brittany quits working at SUR. While Jax Taylor remains there, Brittany might turn her mind to family matters instead. Ever since their wedding, fans clamored for the popular couple to have a baby. In fact, at one stage Jax joked that he felt a bit pressured, Now at New Year, their fans go crazy with baby fever.

Jax Taylor made no secret of the fact that he’s just about dying to become a dad. TV Shows Ace wrote that sometimes, it embarrasses him a bit they way openly discuss his prowess in the sheets. Back in September, he took a photo of a magazine he found in a shop. It carried a title about them and babies. Well, he joked, “no pressure.” Almost every time these two Bravo stars go out to a function, the tabloid media ask them about making babies. It’s no wonder fans grow crazy with baby fever these days.

US Weekly reminds us that pregnancy rumors abound. But, in November, Brittany told them that’s all they are. She noted that she’s not expecting at the moment But, they hope for kids. While Jax comes over as super-enthusiastic, Brittany feels, “When it happens it happens. We’re not going to be very careful. We’re gonna let it come with God’s grace, and he’ll give us a baby when it’s ready.” Well, VPR fans can’t wait for baby news almost a much as Jax.

The teaser for Vanderpump Rules Season 8 dropped and we saw that Jax still works at SUR, but Brittany quits. Perhaps she looks to raising a family instead? Fans certainly hope so. We do see her in the trailer, but perhaps we see her quit later in the show. In the meantime, news that she’s moving on might have motivated the hectic baby fever on Brittany’s  New Year post.

Taking to Instagram, Brittany shared an old photo of her and Jax kissing after their wedding. Fans love that their little pooches were a part of the celebration. Brittany captioned her post with, “2019 was the absolute best year of my life! I can’t wait to see what 2020 brings!! Happy New Year everyone!! ❤️❤️❤️.” A few people commented on the wedding. Others wished them the best year as well. But, most of the comments from VPR fans erupted into baby talk.

Fans hope 2020 brings a baby along for Jax and Brittany

Brittany might not be able to wait to see “what 2020 brings,” but fans know exactly what they want. Almost unanimously, they want a baby. Countless “baby” comments went onto the VPR star’s page.  Only one voice of wisdom emerged in the first five hours of the post being up. That fan noted, “I would follow suit and say a baby like everybody else but you need time as a couple together married wait at least three years then have a baby.”

What do you think about all the fans going crazy with baby fever for Jax and Brittany this New Year? Sound off your thoughts in the comments below.