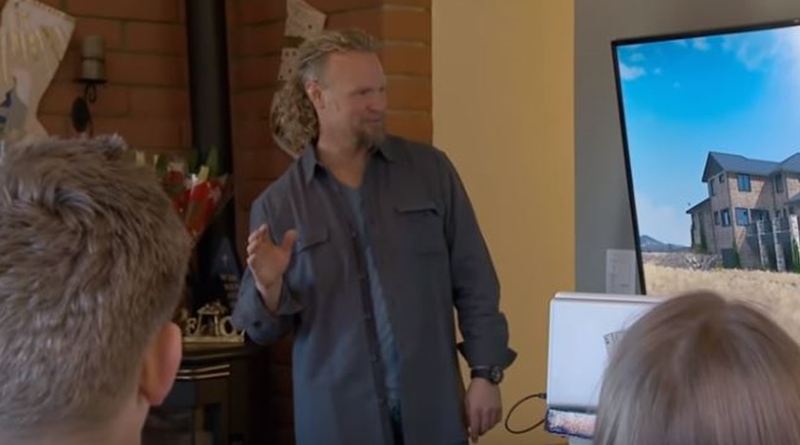 Sister Wives returns for yet another season on January 5. At the end of the previous season, we saw hints that we’d see more about the single massive home Kody wants in Flagstaff. Now, the trailer for the new season shows Kody haul out the plans and revisit the idea again. But, did they already start building? Where does the Brown family live these days?

Throughout the year, various outlets reported that Kody Brown and his wives suffered financial hardship. The root cause seemed to be that the homes in as Vegas never sold in a hurry. TV Shows Ace reported that “interest on unpaid Flagstaff property rose yet again.” And, they allegedly owed taxes on more than one property back in June. Recall that Kody said last season the homes in Vegas had to sell fast. And, it seemed the predicted financial disaster came true for them.

Even in the new season coming this week, we see Kody and the wives stressing about moving those homes. But, there’s a sort of paradox going on. After all, Daily Mail UK revealed that Robyn and Kody purchased a magnificent place back in August this year. Plus, Radar Online noted that Christine and Kody also purchased a new house in Flagstaff. It seems a bit odd that while the Sister Wives family’s wailing about being broke, they splashed out on these not-insubstantial investments.

Janelle and Meri lived in rentals

We know that Meri rented a home in Flagstaff, and it appears that Janelle also stays in a rental. In the new season, we see Meri unhappy as the neighbors hate the idea of a polygamous family next door. In real life, we later saw one of the rentals she stayed in got sold on by the owners. So, do these two still live in rentals? And, is it possible they started building Kody’s massive home?

Well, the general word is that nobody’s selling photos and info about development on Coyote Pass to the media. Generally accepted, is the idea that the film crew base there. In fact, that fact raised the spoilers that the new season was in the works. While the season gets filmed for TLC months before premiering, still nothing new emerges. No satellite images show Kody ever put his plan into action. No passerby snapped a pic of massive building operations going on. So, for now, fans can assume the Sister Wives family never constructed their gigantic home.

Signs of development on the Cotoy Pass property?

For now, it looks like Meri still rents, as does Janelle. Meanwhile, Christine lives in a nice home, and Robyn lives in her stunning home fit for a queen.

What do you think? Do you think the Brown family could possibly keep such a large development under wraps? Sound off your thoughts in the comments below.