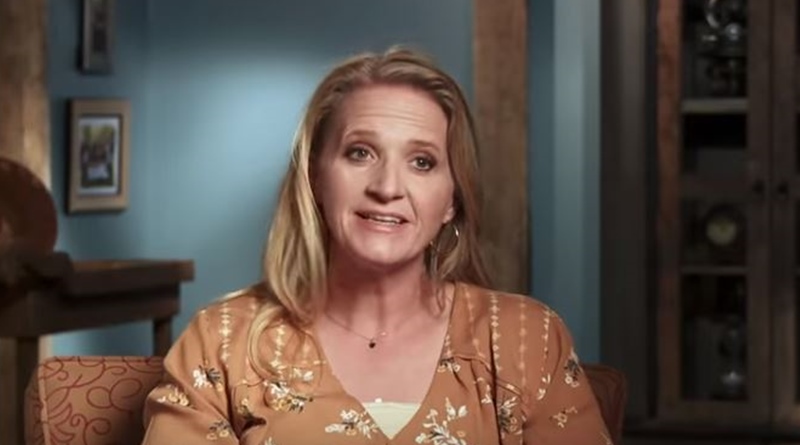 Sister Wives star Christine Brown enjoyed at least part of 2019. The new trailer for the TLC show tells us the family suffered financial hardship this year. But, Christine sounded happy at Christmas. And, they just spent a day out at the Grand Canyon, making more family memories. Plus, she surely celebrated her fantastic weight loss this year. Now, she revealed that, in 2020, she intends on shedding more stuff.

Christine shared that this year, the family enjoyed a giggle when her daughter played Buddy the Elf, from the comedy movie, Elf. TV Shows Ace reported that Ysabel leaped onto the Christmas tree with unfortunate results. But, the laughter and fun continued. The Brown family also went out for an evening on the Polar Express, and Gwen Brown served them as their personal chef. It looks like most of the family made it home, except for Mariah. So, despite financial worries, the Christmas season looked enjoyable, at least.

Fans saw that last season, Kody told his wives they need to sell off their homes in Las Vegas to survive their new life in Flagstaff. In the preview for the show which returns on  January 5, 2020, at 10 p.m, we see Christine upset because their life’s become a financial nightmare. Maybe that helped her lose weight. But we also know she managed to shed some weight by following a diet. Actually, ‘InTouch Weekly noted Christine’s looking fantastic these days. And now, it looks like the Sister Wives star plans on shedding more stuff in 2020.

Christmas behind her, Christine looks to shed the excess stuff

On New Year’s Eve, Christine shared a couple of photos of the family. In one, they went out to look at the Grand Canyon. Freezing cold, she noted the beauty of Arizona. In the other one, she shared her and the kids cheering the New Year in. In that second post, she explained her resolution for 202o.

Christine captioned her picture with, “Happy New Year!!” Then she said that this year she wants to “simplify” her life. She mentioned that she talked about her “belongings,”. She added, I “really [want to] get rid of stuff and only [keep] things with a purpose.” Actually, fans might wonder if all the packing and house-moving made her feel that way. But, she’s not alone. Some Sister Wives fans agree they also tend to hang onto too much “stuff.”

Some fans admired Christine’s goal, and others intend on doing the same themselves this year. One fan noted, “We are doing that as well. Less is more. 😉 Happy New Year to your cute fam.” Another one wrote, “That is a good resolution! May take up the same.” Then another fan agreed that less means more “tranquility.”

Happy New Year!! This year a want to simplify my life as far as my belongings go. Really get rid of stuff and only things with a purpose. #happynewyear #2020

What do you think about Christine Brown’s plan to shed excess stuff in 2020? Do you like that idea? Sound off your thoughts in the comments below.