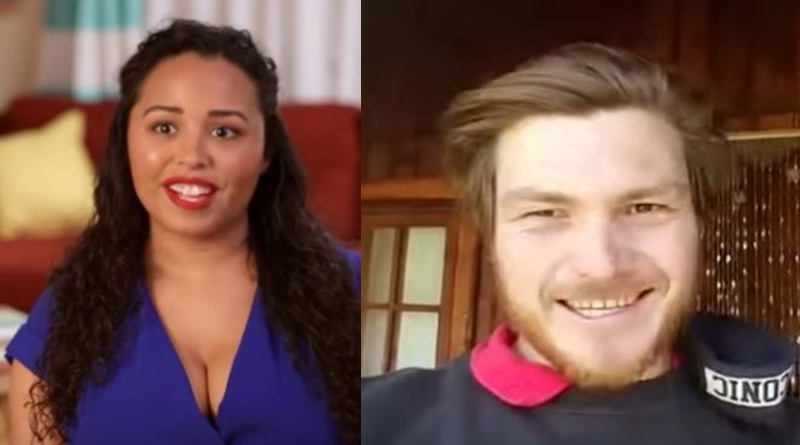 90 Day Fiance fans turned out in their thousands to hate on Tania Maduro. It peaked this Sunday after they saw Tania away in Costa Rica. There, she partied hard while Syngin remained in the USA with her mom. He actually questioned if Tania’s the right person for him during the episode. Many fans felt so sorry for him. But, fans quickly lost interest in his problems now new marriage rumors emerged.

90 Day Fiance fans enraged at Tania during the last episode

TV Shows Ace reported that fans reacted once more to Tania with hate. We noted that Tina went off to Costa Rica to do her herbal, witchdoctor course. In the episode, we saw lonely Syngin concerned as Tania rejected his calls and wouldn’t even text him. We saw her partying hard and getting rather “cozy” with her instructor. Fans hated on her from the beginning of the season, but enraged, their social media comments expressed their disgust at her behavior.

Cheatsheet also wrote about how fans reacted to Tania on this episode of 90 Day Fiance. They noted, “Most fans seemed to agree that Tania owed him more time and communication after he made the effort to travel to the United States for her.” It also really annoyed them that she thought Syngin was confining her. All he asked was for her to”let him know she was home safe after partying with her new friends in Costa Rica.” Some fans just described her as “selfish and “emotionally abusive.” Many fans felt very sorry for Sygin and hoped he’d just run away.

Fans wondered if the couple married after Tom Brooks shared about a season 7 party. Presuming it to be the 90 Day Fiance Tell-All party, they noticed Tania and Syngin together. That could indicate they remained together and possibly married. But, new spoilers came via @187anonymousgossip on Instagram on New Year’s Eve. And, many fans lost interest in Syngin’s problems.

The IG page shared a video clip that comedian John Wendel posted on his Instagram in July this year. His video, still up on his page, dated July 14, said he was on his way to officiate at a wedding. He noted that he couldn’t say who or exactly where, as it was being filmed for a network. He said he couldn’t “talk about” it, noting, “you know how it is with the biz.” Somehow, 187anonymous tied this to Syngin and Tania marrying on the same day. They also posted a rather grainy and hard to read marriage license for the 90 Day Fiance couple.

Fans react to alleged marriage by a comedian

From being a fan-favorite who got loads of sympathy, the new rumors that he actually married Tania saw fans drop him, like a hot rock. One fan wrote, “Syngin isn’t as bright as I thought he was. Her pu$$y is not made of gold and he’s fallen under her narcissistic spell.” Another wrote, “he’s just as delusional as she is to think she’s the one.” Yet another 90 Day Fiance fan noted, “They’re both fools, having a comedian marry them is very fitting!”

More criticism came their way, and one fan suggested the best Syngin could hope for is to not have kids, “get his green card” and then escape from Tania. While most fans saw their river of sympathy dry up for Syngin, at least one person felt it very tragic. They wrote, “So sad for our lil Syngin that could. Tragic!”

What do you think about these new rumors that Tania and Syngin married? Can you get over it maybe being officiated by a comedian? Do you still feel sorry for Synin or did your sympathy for him just end? Sound off your thoughts in the comments below.