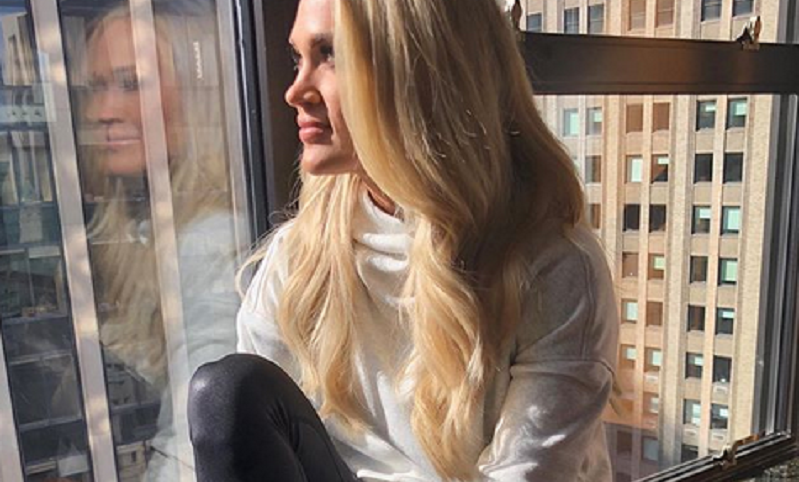 Carrie Underwood announced that she’s stepping down from her 12-year hosting gig for the Country Music Awards. This decision was not easy. The country singer broke the announcement with a heavy heart on Instagram. She reflected on the memories, most of which she shared with her longtime co-host Brad Paisley.

On Instagram, she broke the news to the shock of her fans. She felt that it was time for her to “pass the hosting torch” to someone else. She’s hoping that torch will be passed to another woman. In the lengthy post, Underwood revealed that she was proud to be on stage with many female country legends, including Dolly Parton and Reba McEntire.

Prior to Paisley and Underwood hosting, the CMAs were a host-free event. Fans wondered why she stepped down from her hosting gig. She did not reveal if she had any musical projects coming up in 2020. She’s only scheduled to perform at the Stagecoach in Indio, California on April 25, as reported by CNN.

The singer previously sat down for an exclusive interview with People, in which she revealed her love for health and wellness. It’s possible that Underwood could expand in this realm. Thanks to the success of her activewear line CALIA in 2015, she has been shifting her focus on fitness and healthy living. Since then, she shares fitness videos and workout tips with her fans. She’s also releasing her first-ever fitness book titled Pressure to Look Perfect in 2020.

The 36-year-old revealed what reignited her love for health and wellness. She admits that it’s about more than trying to “stay thin.” It’s a lifestyle.

“It’s been more about health, and being strong, and setting a good example for my kids, and working out because it makes me feel good,” Underwood said. “And just kind of shifting my mindset about why I’m into health and fitness.”

When it comes to her diet, she’s a vegetarian. She believes that having a healthy balance and eating in moderation is enough to keep the weight off. She doesn’t do diet trends. The “Drinking Alone” singer also revealed the reason why she’s a vegetarian and why it doesn’t stop her from enjoying pasta.

“I don’t eat meat because it’s kind of a conscious decision that I make, but anytime anybody’s like, ‘I don’t eat carbs,’ I’m like, ‘Oh, but carbs are important!'”

Her diet consists of vegetables with quinoa or rice. Underwood admits that she’ll enjoy a piece of cake every so often. She hasn’t eaten beef since she was a teenager and later become a vegetarian at the age of 21. The singer revealed that her reason to remove meat from her diet is because her body adapts well without it.

Says “God has a different plan”

The mega-star has felt the pressure of Hollywood and trying to lose weight after having a baby. She lamented about the trials of “bouncing back” after the birth of her second son, Jacob Bryan, in January. But now she has a different perspective on things. Underwood’s been giving herself an emotional and mental break from her career and wants other mothers to do the same.

“I’m four years older,” she continued. “That also helped me shift my mindset—I’m still working hard, wanting to be the best me possible, but cutting myself slack and just thinking, ‘Be kind to yourself.’ It’s amazing what we [women] do to ourselves. We’re probably all our toughest critics.”

She suffered three miscarriage before giving birth to Jacob. While she didn’t want to wait four years in between her two boys, she’s happy to have them both. Of course, she’ll always mourn the three children that she never got to meet.

“We initially in our lives kind of wanted our kids a little closer in age,” Underwood admitted in a previous interview with People. “That didn’t happen, because God has a different plan sometimes.”

God seems to have an even bigger plan when it comes to her career. What are your thoughts on Carrie Underwood stepping down as CMA host? Sound off below in the comments section. Don’t forget to check back with TV Shows Ace for the latest news on your favorite country stars.

‘Bold and the Beautiful’: Steffy Concerns Grow Over New Take-Charge Finn
‘Love After Lockup’: Is Michael Simmons Still With Maria?
Did Jess Caroline & Larissa Lima Have A Falling Out?
Kalani Faagata Shares Tribute To Her Grandpa
‘Love After Lockup:’ Lacey Shares First Picture of Baby