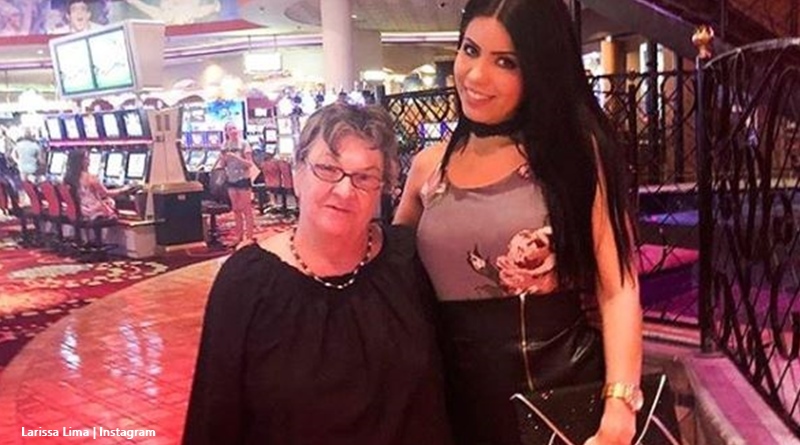 90 Day Fiance fans heard that Colt Johnson advertised and sold a wedding dress belonging to Larissa. Fans hated that he sold something precious like that, and wondered why Larissa allowed it. A spat arose between Mother Debbie and Larissa over the circumstances surrounding the sale of the dress. Both of them said some nasty things to each other. However, ahead of New Year, Larissa apologized to Debbie. But, Colt’s mom accepted it rather ungraciously.

TV Shows Ace reported earlier this month, that Colt advertised wedding invites and Larissa’s wedding dress for sale. He got a buyer really fast, for about $500.00. Fans noted he made a tidy profit as it came from a thrift store originally. Some fans felt fine with the idea, as they divorced already. But, other fans thought it a bit off, wondering how Larissa felt about it. Well, Larissa let her feelings on it out.

In a series of posts and Instagram Stories, Larissa seemed unhappy and she claimed Debbie denied her access to the dress. Bloggers and Instagram fan sites shared screenshots from both Debbie and Larissa. John Yates shared them as well, and in one shot, we saw Larissa claim she went to the house with the police to get documents and important things like that. But, she claimed that gifts and other things were packed in a box. The 90 Day Fiance alum talked about a “screaming” match and demands she must go to court for her things.

After a day or so of tit-for-tat, Larissa decided to back down and apologize. It takes a strong personality to do this. In a lengthy post, she wrote in part, “My time with the family was a bad phase of my life, and for the three of us it could never work out. Big mistakes were made, and for my part, I’m sorry.” Larissa feels its time to move on and put the past behind them. In fact, she even talked about some good memories during her time with Mother Debbie.

Larissa spoke about how she felt bad because the entire 90 Day Fiance family went through painful times. People reported that she even asked fans to stop “insulting Debbie online.” Much more reconciliatory talk came from Larissa Lima. Fans actually loved it. One fan noted, “it is very nice to read this from you. I wish you all the happiness in the new year.” Another said, “Be kind and spread kindness is what we all need to do.” Well, it seems Mother Debbie’s not over the moon by Larissa’s gesture. In fact, she responded ungraciously.

Mother Debbie ungracious about any apology from Larissa

While fans might seem thrilled that Larissa was big enough to apologize, it seems very little Larissa does impresses her former mother-in-law. In response, Debbie wrote, “Well, isn’t she just the sweetest thing?” She knocked Larissa for saying horrid things. Then she noted her conditions of forgiveness. The 90 Day Fiance mum wrote, that she would forgive Larissa if she just lives her life without involving them. She said, “no more BS.”

The slap-in-the-face kicker came at the end of Debbie’s comment. She wrote, “If you agree to this than I wish you well (sic.)” But then she threatened Larissa, saying, “If you break this agreement, God have mercy on your soul.” Well, some fans think Debbie hates her ex-daughter-in-law more than Colt does.

What do you think about Debbie’s response to Larissa’s apology? Do you think shes a bit ungracious? Or, is there a lot of stuff we never saw on the show, that makes Debbie so very bitter? Sound off your thoughts in the comments below.