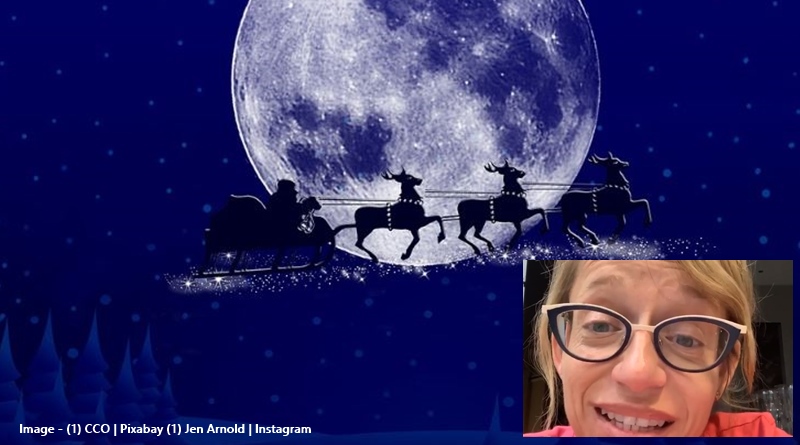 The Little Couple family enjoyed a traditional type of Christmas with Christmas cookies and gifts under the tree. We know that Will got his new Seahawks shirt, and wore it proudly around the house. Fans think he grew up very fast. But, maybe he still believes in Santa. If he does, it’s probably because Jen uses a clever idea to make Santa very authentic for the kids.

The Little Couple, Zoeys still such a little girl, but Will’s grown up this Christmas

Zoey’s still at the age where everything seems a delight for the little girl. This year, she enjoyed baking Christmas cookies with her grandmother and her mom. And, probably the cutie little kid still believes in Santa. Even if she’s got some doubts, she’s the type of person who would still enjoy the concept in her imagination, some fans believe. Meanwhile. Will’s growing up fast. TV Shows Ace reported that his Christmas pic showing him in his new shirt revealed how suddenly he’s becoming a young man.

We don’t know if Will still thinks Santa exists. But, he seems like a sweet kid and probably won’t spoil it for his little sister if he doesn’t. Screenrant reminds us that the kids are close these days, but it wasn’t’ always that way. In fact, after The Little Couple adopted Zoey, it took “some time to get the family bonded and talking and communicating well.” Zoey didn’t even take all that well to the idea of a brother back then. But those days are long past now, and Will dotes on his sister.

#Diaries from me… #Christmas #Cookie baking BUST! Oh, well, at least we had fun making them! #hohoho #Santa please don’t eat the cookies at our house #happyholidays #littlecouple

The clever idea that authenticates Santa

After Christmas, Jen Arnold took to her Instagram with a post about Santa. She shared a video of him delivering gifts. Jen’s caption read, “Our home security camera caught #santa.” And then she used the hashtag “#keepingmagicalive.” In the home security footage, we see Santa creeping about the room with his big bag of presents on his back. Fans thought it a great idea to make it seem so much more real. In fact, checking the footage must be so much fun for the kids.

The Little Couple mom got plenty of comments about her clever idea. One fan noted, What fun security footage.” Another follower said “Omg that’s too awesome! Love it😂❤️.” Meanwhile, some fans love the idea so much, they want to try it out next year. One of them noted, “What a great idea. I’m stealing this for next Christmas.” Another person who loved the concept wrote, “WOW! Awesome! Glad you checked the camera, bet the kids were so excited! We got presents, but we didn’t see Santa in the act like your lucky kiddos!”

What do you think of Jen Arnold’s clever idea to capture Santa on the home security system? Do you think that really helps to authenticate his existence in the minds of the kids? Sound off your thoughts in the comments below.