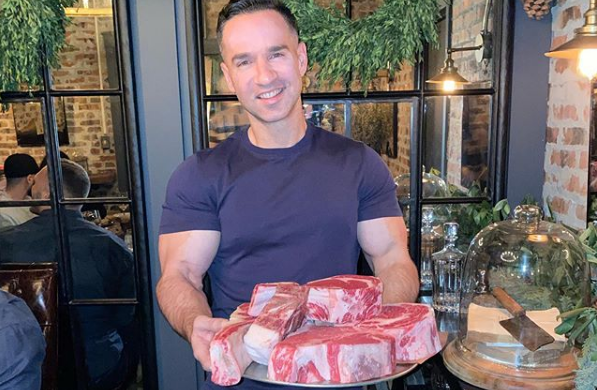 Mike “The Situation” Sorrentino was known for his daily ritual of gym, tan, and laundry on the Jersey Shore. However, the reality star has grown up since then. He’s gone through some incredible transformations in this past year alone. Not only has he lost weight, but he’s also recently celebrated four years of sobriety.

Jail changed his life. The MTV star spent eight months in prison in 2019 and has emerged a new man. He has a new mindset and a new physique. The Jersey Shore star lost 36 pounds while he served time for tax evasion. He kept himself busy with an exercise program and intermittent fasting.

Back in January, he ate his favorite foods before heading to prison. As previously reported by Entertainment Tonight, he admitted that he pigged out on Chick-fil-A, McDonald’s, and Wendy’s. Since he had to give up his regular lifestyle, he knew he had to shift his focus on something else while behind bars.

He wanted to live a healthier lifestyle. During his time in prison, he focused on losing weight. He started to work out multiple times a week and practiced intermittent fasting.

Intermittent fasting places a time limit on when you eat. Most people practice intermittent fasting within an 8-hour or 10-hour time period. Some prefer to eat between 10 a.m. and 6 p.m. while others choose to eat between 6 p.m. and 10 a.m. Others would rather alternate their time periods, where they may not eat for a full day and follow-up with a regular day of eating.

As for Sorrentino, he preferred to keep his fasting longer during the week, so he could have a 5-hour or 6-hour time window on the weekends. But it wasn’t always easy though since prison food isn’t healthy or delicious. On his interview on It’s Happening With Snooki & Joey podcast, he called it “the worst school lunch you’ve ever had.”

But he quickly made friends with the people who worked in the prison cafeteria. He lucked out by getting a healthy lunch every day. He also got protein bars and shakes from the prison commissary.

The Situation wants to have a positive 2020

Since leaving prison, he now has a new outlook on life. Sorrentino is using his prison experience to become an even better person. Since he returned home on Sept. 12, he’s been spending most of his time at the gym. You could say that laundry and gym are the only parts of the GTL lifestyle he’s stuck to.

“This is what it looks like when you turn a negative Situation into a Positive Situation,” he wrote in an Instagram post of himself lifting weights. He’s stuck to his diet and exercise regimen since being home.

He also maintained his sobriety while in prison. Sorrentino was addicted to painkillers, which required multiple trips to rehab in 2012 and 2016. In an interview with People, he admitted that he was “sick and tired” of his struggles that he “was desperate for results.” He can now look in the mirror and feel happy about how he looks.

Mike Sorrentino and his wife Lauren have also sponsored treatment programs at Banyan Treatment Centers in Florida to help support others’ with their sobriety. What are your thoughts on his weight loss and new lease on life? Sound off below in the comments section.

Remember to check back with TV Shows Ace for the latest news on your favorite reality stars.

Kristin Cavallari And Jay Cutler Put Up A United Front Against The Internet
‘Days of Our Lives’: Kate Mansi Returns To Television – When and Where Revealed
Christine Brown Shares Heavy Snowfall In Flagstaff
How To Watch ‘Attack On Titan’ Season 4 Dub Version In English
‘RHOC’: What To Know About Elizabeth Vargas’ Ex-Husband!