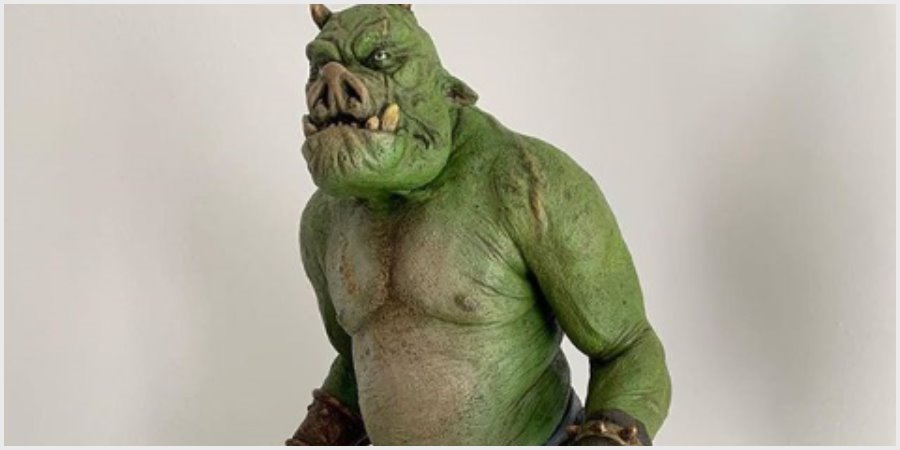 There has been talk of people getting Disney Plus simply to see The Mandalorian. The Star Wars television show is popular and can be watched if you know everything about the franchise or not much at all. The show stars; Pedro Pascal, Gina Carano, Carl Weathers, Nick Nolte, Emily Swallow among others.

The season finale premiered of Season 1 and Jon Favreau tweeted, “Season 2 of #TheMandalorian coming Fall 2020.” Of course everyone is thrilled especially with the new trilogy coming to an end. They can’t get enough of the haunted Mandalorian or his sidekick ‘Baby Yoda.’

The Mandalorian Could Feature A New Villain

With his tweet, Jon Favreau also included a picture of a warrior pig-snouted green guy. This creature is a Gamorrean according to People. This creature was in Star Wars: Return of the Jedi so it will be familiar to fans.

The show takes place between the fall of the Empire and the rise of the First Order. He confirmed a second season early on when appearing on Jimmy Kimmel Live in the summer. He said, “we’re done with the first season. I’m actually writing part of the second season now. So I’m having a blast.”

A star pilot and a bounty hunter walk into a premiere… Stream #TheMandalorian this week for a sneak peek of #TheRiseOfSkywalker. 📸 = @pascalispunk

Baby Yoda Is Only One Of The Best Things

While The Mandalorian has brought a lot of attention to what the internet is calling Baby Yoda, it is actually just an adorable baby that is the same as Yoda’s race. It can use the force, which is something the creatures on the outer rim aren’t very familiar with. Bounty Hunting is a fruitful business for the main character and he has some competition.

Favreau said, “the Empire is gone and all hell’s breaking loose in the outer rim. It’s about the scum and villainy that now, once you take out the rule of law, what happens?” It’s nice to see the writers are just as excited as the fans that The Mandalorian is returning for a second season and hopefully more.

Whitney Way Thore Defends Controversial Opinion About Chicken Wings
Scott Disick Is No Longer Keeping Up With Any Of The Kardashians
Rachael Kirkconnell Reportedly Helping Pieper James Through ‘BIP’ Drama
‘Alter Ego’: Dipper Scott Singer Opens Up About His Illness
Could There Be A Baby Number 4 For Jade Roper & Tanner Tolbert?