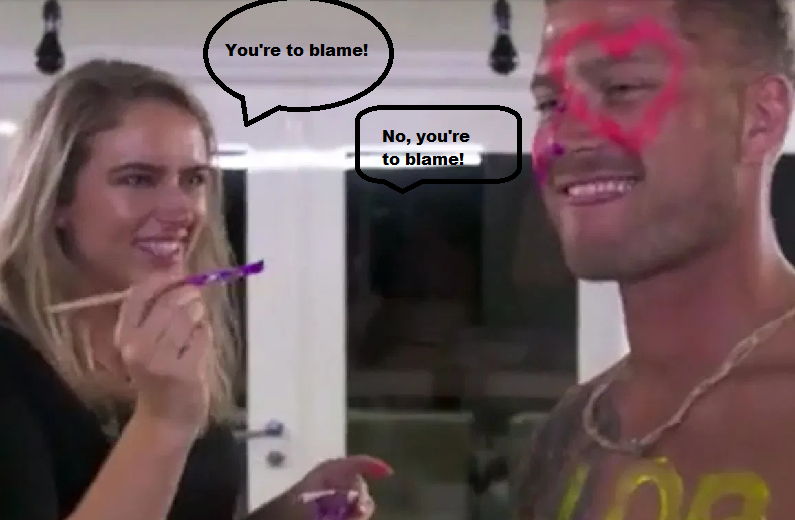 Below Deck fans witnessed the most awkward date yet. On last Monday night’s episode, Brian de Saint Pern asked Courtney Skippon out. Though the two are clearly attracted to each other, their body language said otherwise. They hardly spoke, and Courtney looked as if she wanted to be somewhere else.

While their date was filmed months ago, the two reality stars are still arguing about what went down. While Skippon agreed to go out with de Saint Pern for drinks prior to the group’s outing, she was still tired from their previous charter. She even told de Saint Pern that she wasn’t feeling grumpy. He tried to put a smile on her face, but it didn’t work. Since their awkward episode aired on last week’s episode of Below Deck, the two have been arguing over what really happened. It’s clear that they’re no longer dating.

So, why did Skippon go on their date in the first place? She felt that de Saint Pern put so much time and effort into it that she felt like she had to go. If he didn’t surprise her with the idea five minutes before, then she wouldn’t have been so grumpy. But de Saint Pern has a different story.

He feels that his fellow Below Deck castmate is fame hungry. As previously reported by Showbiz CheatSheet, he wrote in the Instagram comments section that she only went on the date because she wanted more camera time.

“Out of everyone you were the last one Person [sic] I’d expect the fame get to their heads,” de Saint Pern wrote. “You know what happened on the show and what didn’t, yet you speak like you didn’t care and we both know thats not true. [sic]”

Skippon insists that it’s not because of the fame. She claims that they were both content with their date, despite what the Below Deck cameras showed. Skippon added that if de Saint Pern was so “happy” on their date, then why did he bring it up again on Twitter? She accused the deckhand for creating a narrative out of it.

The cable network posted a clip of that awkward date to its official Twitter account. Fans flocked to the tweet to ask why Skippon didn’t just cancel. One fan said that Skippon should’ve taken the negative and turn it into a positive. Skippon responded to the fan and said that de Saint Pern should have planned their date better.

She also feels that she shouldn’t have to apologize for yawning on their date. It was clear that she was still tired from the previous charter. All she wanted to do is go back to her bedroom and get some rest. That’s when Skippon and de Saint Pern continued to argue about their date in the comments section.

The franchise is expanding with a completely different show. It can be risky to introduce a new show, especially one that’s different from the rest. Noah Samton, Senior Vice President of Current Programming, revealed that Below Deck Sailing is “scary to make.” In an interview on the Daily Dish podcast, he revealed the details of this harrowing new experience.

It’s not because this new series is filmed on a sailing yacht. It’s because it’s different than anything that fans have watched before.

“I can tell you that it was scary to make. To do a franchise of Below Deck, you have a really successful franchise: you have a really sort of high bar of expectation with an audience, because you know, Below Deck is a unique show,” Samson said. “I think you watch a new Housewives, you’ll forgive a different style or a different sort of sense of how the show, the stories unfold. Below Deck, you sort of have an expectation of how a Below Deck is gonna look and feel.”

Below Deck Sailing Yacht will set sail on Monday, Feb. 3 on 9/8c. Check back with TV Shows Ace for the latest news on Below Deck.