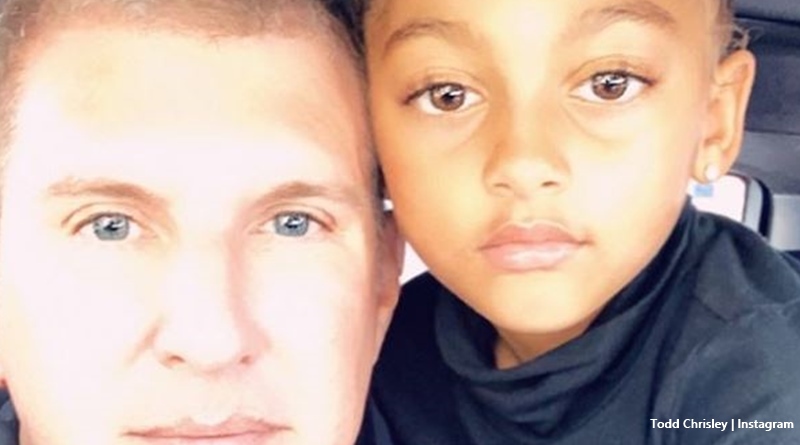 Todd Chrisley went very quiet over Christmas. That’s uncharacteristic for the man with a lot of things to say. We heard that he participated in the 12 Day of Prankmas with Luke Byran and his wife. But then, he went almost silent. He popped up after Christmas to share about a journey.

Fans of the TV show, Chrisley Knows Best, know that Todd loves to joke and prank. Todd’s usually got a lot to say and do. And, we saw him participate in the 12 Days of Prankmas with Luke Bryan. TV Shows Ace reported that the clips came out ahead of Christmas, and Todd pranked quite a few people, including his son Chase. Give Todd an air horn, and someone’s gonna get a fright. But over Christmas, we never saw any of the usual fun-loving man.

Perhaps Todd just wanted private time with his family. After all, his Thanksgiving plans made headlines. Radar Online reported that came when he applied to leave the country for a vacation. The outlet noted that Todd Chrisley wanted to visit “Grand Cayman Island from Saturday, November 23, 2019, through Friday, November 29, 2019.” But, he got turned down as he awaits a federal court case for alleged tax and business fraud. If he gets found guilty, it could be a very long time before he celebrates another family Christmas.

On Christmas Eve, we saw a short Instagram post from Todd. It seemed a bit negative and didn’t bring us anything to cheer about. His post read, “Better worry about your own sins cause God ain’t gonna ask you about mine.” Some fans thought that sounded a bit negative. But, let’s face it, he’s probably in the sights of loads of scandal-mongers these days. And, no doubt people question his faith and lifestyle.

However, after Christmas, he posted up a lovely photo. This time, he seemed relaxed and philosophical. Whether it referred to a real journey or not, is not clear. But he did tell a fan they could repost it on Facebook. So, it probably is a pic he took on a trip. In that post, Todd said, “On the road to somewhere and don’t care how long it takes to get there … Gods creation is more magical than anything we can conceive.” Fans of Chrisley Knows Best wondered if the pic came from Kiawah Island.

In his life right now, we know many things are in turmoil. His daughter Lindsie’s as estranged as ever, and that court case looms in the future. But, his loyal fans love Todd Chrisley and stand by him. Many of them commented on the journey. One of them said, “Roadtrips to nowhere sometimes are the best and definitely good for the soul. Be safe and enjoy. 🙂”

Another fan commented, “The good thing about that road is that it allows you to look back at the past but means you don’t have to stare at the past too long before you turn around and head forward again.”

On the road to somewhere and don’t care how long it takes to get there … Gods creation is more magical than anything we can conceive.

Did you like the post about a journey after Todd went so quiet at Christmas? Sound off your thoughts in the comments below.