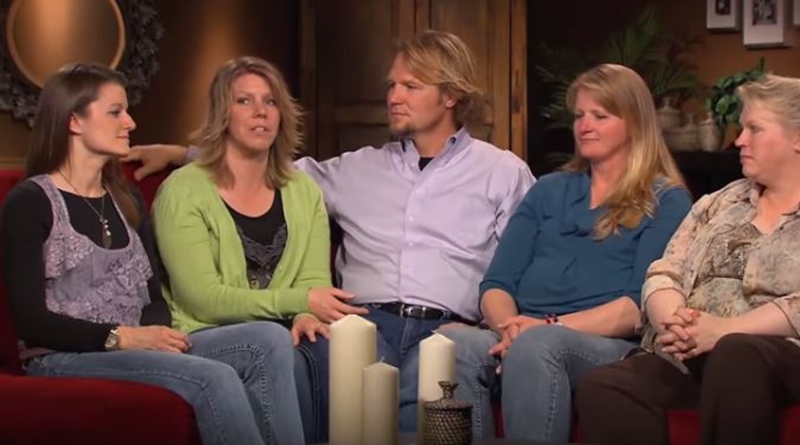 Sister Wives fans heard that Mariah Brown spent the festive season with the family of her fiance, Audrey Kriss. But, some adult kids made it to Flagstaff. There the family enjoyed Christmas fun, including Ysabel’s epic Christmas fail. Now it turns out that Christine’s other daughter, Gwen works the Polar Express as a chef. The family joined her for a fun adventure this weekend.

It seems like big families enjoy the best fun over the festive season. TV Shows Ace reported that sometimes, though, the hijinks get a bit over the top. Christine Brown shared a video of Ysabel playing at being the Christmas Elf. It came after they watched the comedy movie, ELF. TLC fans got a real giggle, as Ysabel tried to jump on the Christmas tree. It turned out a bit of a disaster, but hey, Christine gave her the okay. Mind you, she thought Ysabel would jump on the couch, instead.

While Christmas looked like loads of fun in Flagstaff, Mariah missed it. The daughter of Kodi and Meri opted to spend her festive season with Audrey Kriss and her family. Cheatsheet noted that Mariah, thankful for Audrey’s family, nevertheless found it “difficult” being away from the Brown family this year. But, Meri Brown told her on Instagram, she’s okay with that, even though the Sister Wives family would miss her.

On Saturday, Janelle Brown took to her Instagram page to share a fun family adventure on the Polar Express. Fans of the TLC show think it looks like the one in Williams, Arizona. Janelle captioned it with, “Had so much fun riding the Polar Express last night with the family.” Then she noted they had their “very own Chef Gwen” working their car. Showing lots of pics, Janelle added, “The magic of these events is the best when observed through the eyes of our youngest children.”

Intrigued fans wondered if Gwen just “worked” as the chef for their particular ride. One fan asked, “she works there??? Or just in her family’s train 🚂 car …for the one time…?” But, it looks like the Sister Wives daughter does it more often than that. Previous fans who went on the Polar Express explained Gwen served them before. One fan said, “we were there two weeks ago and Chef Gwen was working our train car! We had a blast and she was a joyful part of that.”

Had so much fun riding the Polar Express last night with the family. Our very own “Chef Gwen” was working our car. The magic of these events is the best when observed through the eyes of our youngest children. #familytime #polarexpress #sisterwives

More fans saw Gwen Brown at work on the Express

Another Sister Wives fan also chipped in about Gwen Brown. They wrote, “We were there last month. She was amazing. She said I was only the 2nd person who recognized her. Such a sweet girl!”

What did you think of the pictures that Janelle Brown shared of the family enjoying their adventure on the Polar Express? Are you surprised to see Gwen working as a chef there? Sound off your thoughts in the comments below.