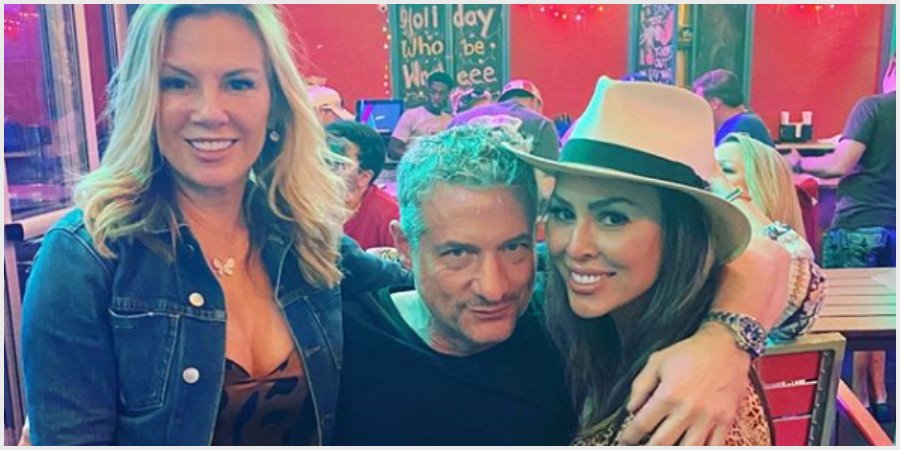 Kelly Dodd has always been happy to share the dirt on her fellow housewives. She accused the ‘Tres Amigas’ of being mean to fans of the show. During a question and answer she filmed for Instagram with Braunwyn Windham Burke, she let loose on what she thought.

Tamra Judge, Shannon Beador, and Vicki Gunvalson make up the ‘Tres Amigas’ and Kelly has never been a fan. She said, “we’re nice to our fans and they are mean to our fans.”

Kelly has been feuding with Vicki Gunvalson for a while now. During the same Q and A she said Vicki should get off of RHOC according to Reality Blurb. Dodd said, “Vicki does need her own show. This isn’t her show. She needs her own show… like Vanderpump. They should do Vicki Rules.” It’s clear she only supports this to get the friend of the housewives off RHOC for good.

With my love 😍 @rickleventhal in Palm Beach!!

Kelly Dodd and Braunwyn were talking about their co-star. Braunwyn said, “Tamra is amazing and she’s been amazing to me the entire time.” She went on to say she always picks up the phone when she has a meltdown.

Kelly thinks Tamra has her own agenda for being there for Braunwyn Windham Burke. She said, “she wants to manipulate you… But it’s okay. You can figure it out on your own self.” Braunwyn maintained Tamra was good. This is not the first time Kelly has accused Tamra of being manipulative.

Kelly also threw in a dog saying Tamra had fake teeth. Braunwyn said they were real and Kelly Dodd said she has caps. Tamra did lose one during a RHOC road trip. Perhaps that’s why Kelly said her teeth were fake.

Who Else Is Dodd On The Outs With?

A fan asked where the two of them stood in their relationship with Gina Kirschenheiter. Kelly said, “where is Gina? I haven’t talked to Gina.” Braunwyn said, ” last time I spoke to Gina, she was supposed to come to my birthday party.”

She also said her relationship with Shannon Beador is over. Kelly said Beador will not speak to her and hates her. She has become closer to Braunwyn Windham Burke and Emily Simpson this season. Kelly also spotlighted a comment from a fan on her Instagram story. The fan said she’d been hospitalized for back pain after carrying the show and reunion on her back. Clearly Kelly agrees with that.