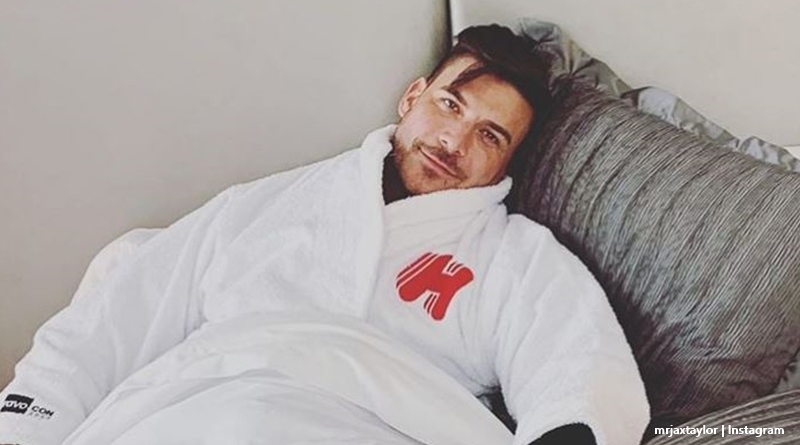 VPR star Jax Taylor had a bit of a miserable Christmas as he told fans he got the flu. But, for Jax, it seems that his Christmas season will always bring both fond and sad memories of his dad. Fans can recall his father passed away during the Christmas season two years ago. And, now he took to social media to remember his passing again in a somber and respectful message.

TV Shows Ace reported that Jax and Brittany “went to Kentucky” to spend the festive season with her family. This year, it turned out Jax got sick. We noted that he told his fans he “got the flu.” And, he picked up loads of advice on how to cope with it. Not alone with that, many fans of Vanderupmp Rules empathized with him. But for Jax, laying low with flu’s not the end of his sad Christmas thoughts.

The Bravo star came through milestones since we heard about his dad passing away. He was with Brittany when the bad news came. Bravo TV reveals that not only did it break his heart, but another fallout followed. Jax became engaged to fellow VPR star Brittany Cartwright and then married her. Sadly, his dad couldn’t attend the wedding. To make things even worse, his mom never accepted his invite either. He resented that she omitted to tell him how ill his dad was. So, Jax felt he missed precious time with his dad before he passed away.

On his Instagram, Jax shared another pic of his dad. The VPR star wrote, “lost my best friend, my idol, my everything two years ago today.” People expect the loss and pain fade after a while, but for Jax, he feels the reality’s “sunken in and very real.” In fact, he now becomes even more emotional “as time goes by.”

But, Jax pointed out he’s not just putting out a “sob story.” He closed his message with, “I am just a son missing his father who was taken from him too soon. I love and miss you dad!” Lots of people know how hard the festive season becomes with loved ones who left us. For those who lost a loved one at Christmas, they understand the VPR star’s pain even more.

Jax Taylor once served without any great distinction in the Navy. Later, working behind a bar, he fell right on his feet. Like a cat falling from a skyscraper, his life crossed paths with Lisa Vanderpump. Now, somehow, he’s a popular reality TV star. He’s living the good life and enjoying the fun. But, like other not-so-lucky people, he feels pain. VPR fans responded to him kindly.

One fan said, “It’s a journey without them to find peace and to hold on to the memories and how lucky we were to feel such love. a love like no other- and to see them in moments that only make sense to you, knowing they are with us. you will feel it, they are within us.” That’s a message of love and hope, and maybe Jax will take some comfort from it.

I lost my best friend, my idol, my everything two years ago today. I wish I could say it’s gotten easier but I feel like it has now sunken in and very real, so my emotions are starting to take over as the time goes by. Not gonna give a long sad sob story here, I am just a son missing his father who was taken from him too soon. I love and miss you dad! #happyfireballfriday ✝️💟😇 #fuckcancer #CaptainRon #makegoodchoices #ronnie

What did you think about Jax not only getting flu this Christmas but also feeling the loss of his dad just as strongly as ever? Sound off your thoughts in the comments below.

Remember to check back with TV Shows Ace often for more new about the cast of Bravo’s VPR.

‘Love After Lockup’: Lisa Unveils SHOCKING New Makeover
Netflix Movie ‘The Killer’ With Michael Fassbender: What We Know So Far
Wells Adams Will Not Be Taking Over For Chris Harrison
Jen Arnold Shares Pampered Pics Of Zoey On 10th Birthday
Teresa Giudice & Kyle Richards Post Selfie Teasing Peacock’s ‘RHUGT,’ So Why Is Teresa Is Getting All The Attention?