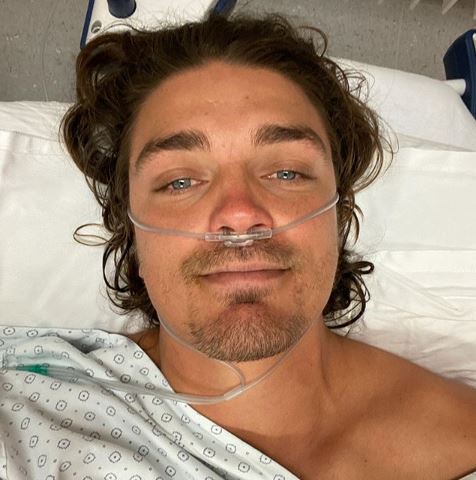 Bachelor in Paradise star Dean Unglert is now out of the hospital with his girlfriend by the side. E! Online shared about Dean getting to leave after spending five days there. As TV Shows Ace already shared, he had an accident and ended up in a Swiss hospital.

Dean Unglert loves to have a good time. If there is an adrenalin rush involved, he wants to be part of it. He was out skiing in the Swiss alps when he had an accident. Dean ended up in the hospital for five days. He ended up with a broken femur, dislocated hip and surgery. Unglert is actually lucky that he got out of the hospital so quickly. 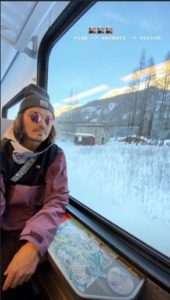 Dean gets to head home

Now Dean Unglert is headed home. He shared a video on his Instagram that shows that he is walking, but he isn’t doing it without assistance. Dean is going to need his double crutches around for a while.

Dylan Barbour couldn’t let the post go without a joke. He admits he is a bit jealous of what Dean’s triceps are going to end up looking like after using those crutches. Miller-Keyes flew to Switzerland to be by her boyfriend’s side. The two had planned on spending the holidays apart, but when Dean needed her she went right there to be with him.

They did even explore the area a bit before getting on a plane to head home. Dean is lucky to have his girlfriend there to help him out with his luggage as well. This might make him have to reconsider van living for a bit. Dean is going to need a bit of help.

Don’t miss Peter Weber as The Bachelor starting in January on ABC. Spoilers are slowly coming out and the fans can’t wait to see if he finds love or not. It took Dean going on Bachelor in Paradise to find the right girl.