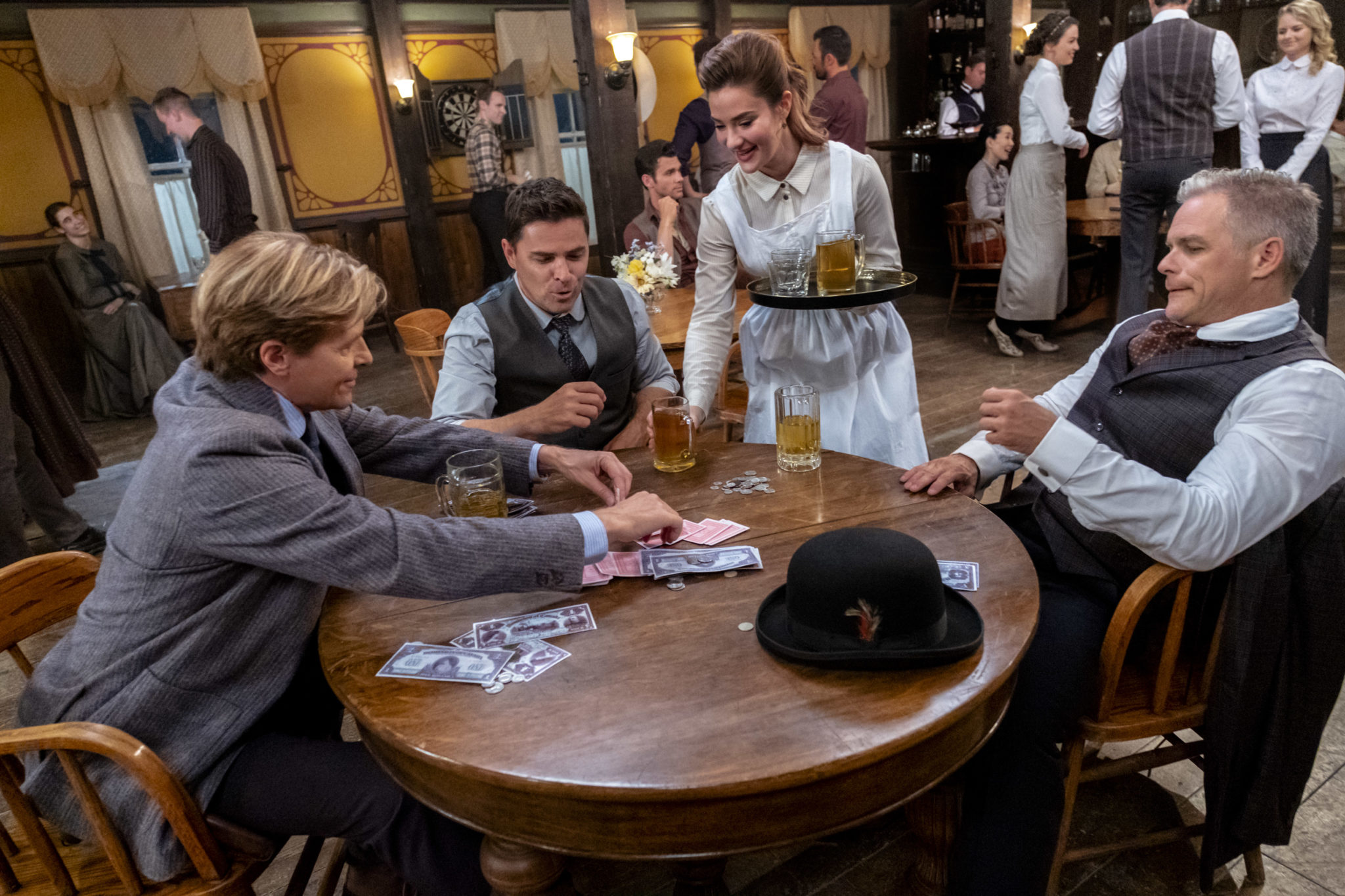 When Calls The Heart Season 7 has wrapped! The Christmas movie has aired. Now, fans want to see what is next with Elizabeth Thatcher Thornton and her friends in Hope Valley.

How soon should #hearties expect the new season to star airing on Hallmark?

WCTH Season 7 Is A Wrap!

On December 21, When Calls The Heart star Erin Krakow posted to her Instagram: “And that’s a @wcth_tv Season 7 wrap! Feeling very grateful for another wonderful season telling stories and making memories with our incredible cast & crew! I can’t wait to share them with all of you!”

Erin appears to be the last WCTH cast member to leave the set. Other co-stars including Jack Wagner, Paul Green and Kevin McGarry all posted their goodbyes a week earlier. For example, Pascale Hutton’s scenes were done over a week before Krakow’s. She shared a bleary-eyed 5:02 a.m. photo of herself getting up for the day on Instagram. She wrote “Goodbye early morning wake-ups, we’ll see you next season. I’M WRAPPED!!!!!!! #WCTH #hearties”

As TV Shows Ace fans and #hearties already know, they began filming at the seventh season at beginning of September. After a tumultuous year that included Lori Loughlin’s firing, then the stoppage of the most popular program on Hallmark, in order to edit any evidence of Loughlin’s character Abigail Stanton from the remaining episodes, it must have felt very emotional to get to this point. Most of all, it must have been difficult for the cast to film for the first time without Lori Loughlin.

Yet, it already seems like the show is reinvigorated and reborn. Like our favorite heroine, Elizabeth Thatcher Thornton, they are moving forward. What should fans expect for WCTH Season 7?

And that’s a @wcth_tv Season 7 wrap! Feeling very grateful for another wonderful season telling stories and making memories with our incredible cast & crew! I can’t wait to share them with all of you! 💕 📸: @ricardo.hubbs.photo

When Calls The Heart Christmas Gift

On Christmas Day, WCTH shared a short promo clip of Season 7. We see Elizabeth Thatcher Thornton (Krakow), walking forward and smiling. Next is a shot of Nathan Grant (Kevin McGarry). Lastly, we see Lucas Bouchard (Chris McNally.) The last shot is of Elizabeth standing opposite of the two suitors. Decisions, decisions! Could we assume that this season will be about a love triangle?

According to an interview with ET, WCTH executive producer Alfonso Moreno shared some Season 7 insights. Without “spoiling” the love triangle, Moreno revealed that both men share their feelings to Elizabeth, “in no uncertain terms.” He also shared that this storyline will be “a central focus of the season.”

But, it won’t be all fun and games. Nathan will be confronting “his past,” as his father comes to Hope Valley. As for Elizabeth, she will be pursuing “a unique career opportunity.”  Lucas made that “grand gesture” in the Christmas movie. Moreno hints that this will leave a “good impression” on Elizabeth’s heart.

But, the upcoming season will not be all romantic grand gestures. There will be a dangerous natural situation, as well as a character left in “harm’s way” at the “hand of another” character. It certainly sounds like an exciting new season!

Thank you so much for watching @wcth_tv : Home For Christmas tonight! I hope you’ll join us this February for Season 7! By the looks of this promo, Elizabeth has found herself in a bit of a situation… #Hearties @hallmarkchannel

#Hearties, are you ready for When Calls The Heart Season 7? Did you watch the WCTH Christmas movie? Make sure to check back with TV Shows Ace for the latest on this and all Hallmark shows.