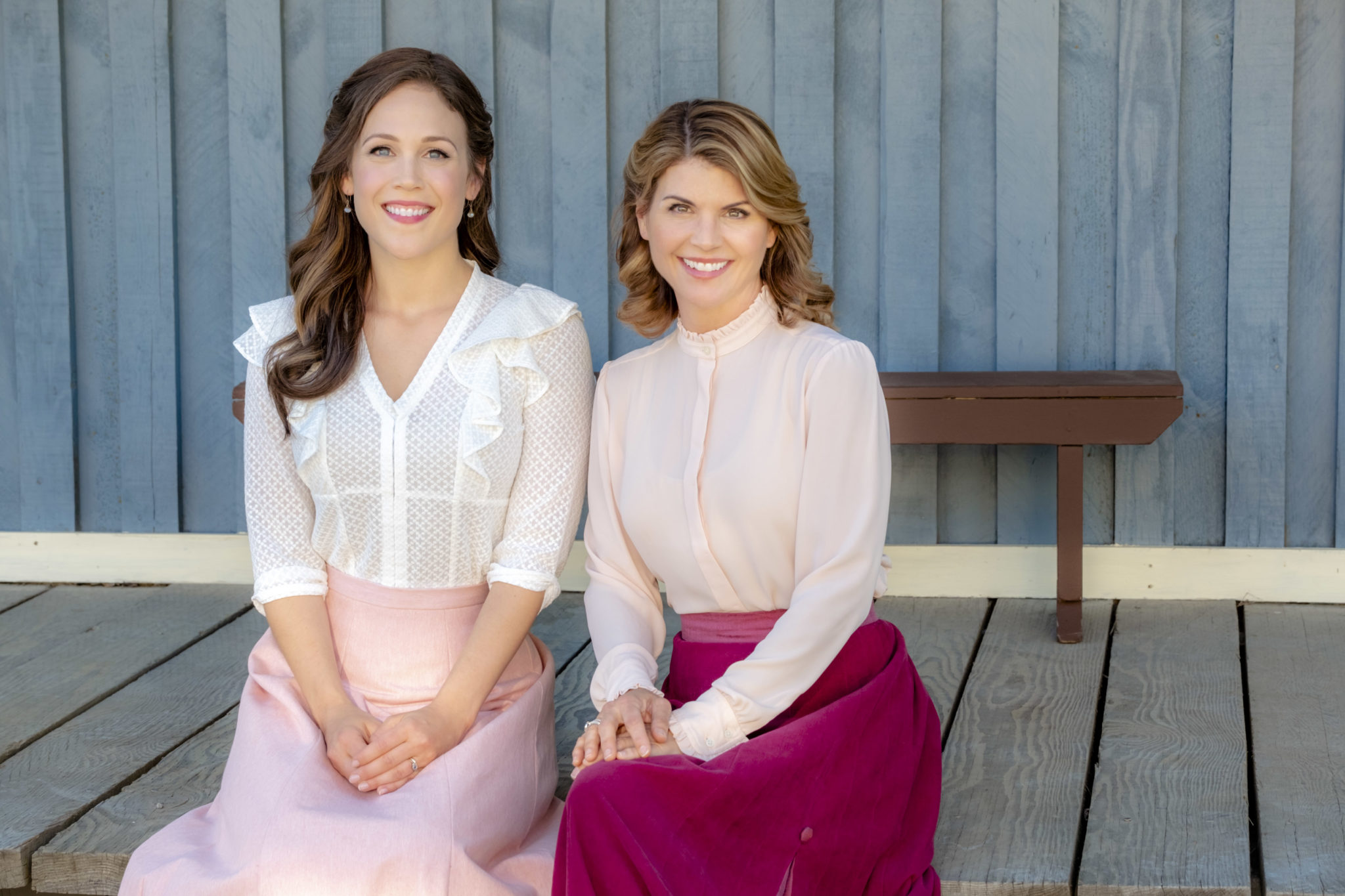 When Hallmark aired the When Calls The Heart Christmas movie on Christmas Day, it was the first time the cast did not film with Lori Loughlin. As TV Shows Ace had previously reported in March, after the college admission scandal, Crown Media, Hallmark’s parent company, cut all ties with Loughlin. This included her Hallmark Christmas movies, regular season movies, Garage Sale Mystery series, and her role as Abigail Stanton on WCTH. In a matter of days, Lori Loughlin went from face of the network to pariah.

Hallmark spokesperson Pam Slay had shared that they did not anticipate Lori returning anytime soon. They totally removed all of her work from the network from the past, present, and from the future. This is when the real work began. The WCTH producers paused airing the show, as they edited any trace of Abigail. When they did air the show in early May, it was explained that the character went East.

Although Abigail’s storyline has not been part of the show, the Christmas movie was the first time that the cast worked without Lori’s presence.

ET spoke to WCTH executive producer Alfonso Moreno. They carefully asked him a question about Abigail Stanton, without mentioning Lori Loughlin’s name or anything related to the college admissions scandal.  Their question was: “This was the first WCTH Christmas movie without Abigail. Can you please offer a message to fans who miss her?”

Moreno’s answer focused on the beloved show and the character. “I think the town of Hope Valley, like the fans of the show, miss Abigail. For both, it is about embracing the past, but learning to move forward.”

This was the sort of theme that #hearties know so well. This is essentially Elizabeth Thatcher Thornton’s (Erin Krakow) life motto. You can only look back so often. You must continue forward.

What Does WCTH Cast Say About Show Without Abigail?

While the #hearties really miss Abigail Stanton, it is pretty clear that the cast misses Lori Loughlin. In May, TV Shows Ace reported that Jack Wagner, who is a good friend and golf buddy of Lori’s husband Mossimo Giannulli, admitted that he was going through “the five stages of grief.”

Paul Greene has been quite outspoken about Lori Loughlin. He told US Weekly that he regularly sent his former co-star text messages. This included a lot of heart emojis.

But in July, Erin Krakow made the biggest statement. On July 29, she posted on Instagram a photos of her and Lori hugging. She included the message “Happy Birthday to my forever friend with a heart of gold. Love you!”

Now that they have wrapped When Calls the Heart Season 7 without Lori Loughlin, it will be interesting to see if they open up about this loss. Until then, #hearties are ready to move forward, but still looking fondly on the past.

#Hearties, was it tough watching the new WCTH Christmas movie without Abigail Stanton? Be sure to check back with TV Shows Ace for the latest WCTH news.