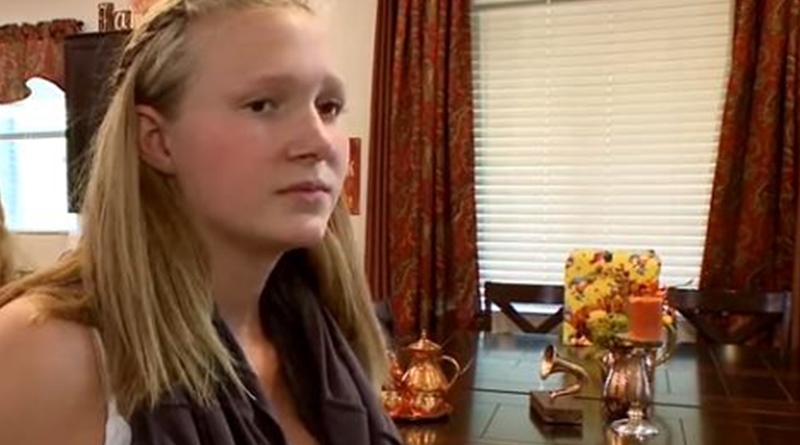 Sister Wives fans know that  Ysabel’s the fifth child of Kody and Christine Brown. Sixteen, and growing up into a mature young adult these days, she’s more independent. Actually, she’s old enough to take holidays without her parents around. Or, so we thought. But, it seems she’s still a child at heart. Christine Brown shared about Ysabel’s epic Christmas fail this year.

Ysabel Brown suddenly became a young adult. Back in June this year, TV Shows Ace reported that she’s 16-years-old now. And, she’s big enough and mature enough to fly on vacation by herself. We noted, “perhaps because fans of Sister Wives really only see them for a few weeks during the season, it seems amazing how quickly [the Brown’s kids] grow.” We added, “Ysabel’s a young adult and Christine said she’s ‘visiting her bestie.'”

Another sign that the young Sister Wives’ star’s growing up fast, came when she started high school. Popculture reminds us that Ysabel started her junior high school year as Gwen prepared for her “senior year.” That report came in August this year. At the time, they also recalled that “Ysabel, in particular… [faced] a tough couple of years as she worked with specialists to strengthen her spine following a scoliosis diagnosis in hopes of avoiding invasive spinal surgery.” Well, she’s growing up physically, but this Christmas, her fail seemed reminiscent of her earlier years.

Over on Instagram, Sister Wives‘ mom Christine shared about Ysabel’s epic Christmas fail. In the caption, Christine explained that they did what so many families do at Christmas. They watched movies, this time, Elf, the 2003 American Christmas comedy film.  Christine wrote, “We’re watching Elf, remember when he jumps on the tree to put on the star? Well, @ysabelpaigebrown asked if she could jump on the tree.”

Thinking she’d “fling herself on the couch,” Christine told her to go ahead. But, to her shock, she jumped on the tree, with disastrous results. Christine hashtagged the funny footage with, “#iwaswrong #elf #jumping #jumpingonthechristmastree.” In the video, we see the Sister Wives‘ teen run across the sitting room, take a step on the couch, and launch herself onto the tree. “Just like Elf-style.” There’s shrieks and cries, as the tree gets hammered by a rather large teenager.

While Christine might be shocked at her daughter’s Christmas tree fail, fans thought it hilarious. Here’s what some Sister Wives fans said about it:

We’re watching Elf, remember when he jumps on the tree to put on the star? Well, @ysabelpaigebrown asked if she could jump on the tree. I said sure because I thought she’d fling herself on the couch…#iwaswrong #elf #jumping #jumpingonthechristmastree

What did you think of Ysabel Brown’s Christmas fail? Did you think it was hilarious and epic, or as one critic noted, “dangerous behavior?” Sound off your thoughts in the comments below.