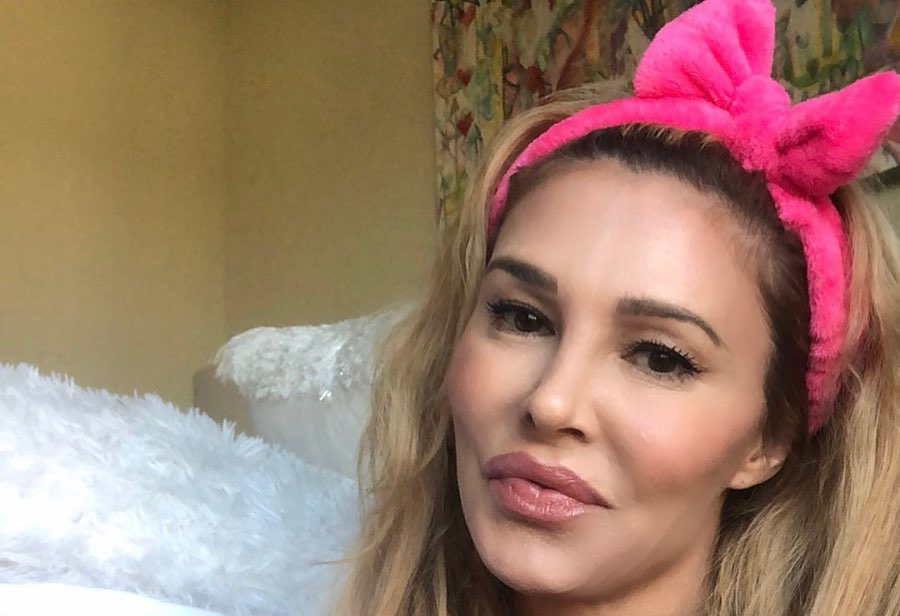 The Real Housewives of Beverly Hills star Brandi Glanville is big on transparency and honesty. Media outlets picked up a joint family photo with her ex-husband and LeAnn Rimes. However, Brandi wants the truth behind the photo known.

According to Brandi, she didn’t spend Christmas Day with LeAnn and Eddie Cibrian. The former model says she only stopped by to pick up her sons, Mason and Jake, from their dad’s house.

The Big Chill Between LeAnn and Brandi Slowly Thawing

As The Real Housewives of Beverly Hills fans know, Brandi married actor Eddie Cibrian in 2001. The pair separated in 2009 after news of his affair with country singer LeAnn Rimes broke.

Eddie and Brandi’s divorce was finalized in 2010. He wed Leann the next year.

Needless to say, things have been tense between the three as they navigate co-parenting. For a long time, Brandi slammed LeAnn any chance she got and refused to let LeAnn stepparent her sons with Eddie.

However, things began to thaw a little between the rivals in April of 2018. Brandi shared a selfie she took with LeAnn at her younger son’s birthday.

RHOBH star Brandi posted the Christmas photo with the hashtag #Modern Family. Fans heaped praise on her for it. Hollywood Life reports that many fans were impressed that Brandi put aside her issues with Eddie and LeAnn for her children.

However, soon Brandi began explaining that there was more to the photo than meets the eye. One fan’s approval at having “both parents together” for Christmas got Brandi’s attention.

The former RHOBH star pointed out in the Instagram comments that she was only there for “five minutes” to pick up the kids.

Brandi later took to Twitter to clarify even further and throw a little shade at her ex and his second wife.

In a tweet meant to “make this clear,” Brandi implied that she wasn’t invited to spend Christmas Day with the blended family.

I just want to make this clear I did not spend Christmas Day with my ex, his wife & family. Had I been invited I would have. I was simply picking up the boys car still running in the driveway & asked to take a quick pic

Brandi continued to engage her fans on Twitter to shed more light on the situation. She reiterated that she was only there for “five minutes.”

I spent 5 minutes while picking up my children that is it.

However, that doesn’t mean the feud is back on. In fact, Brandi made sure no one took her comments the wrong way.

She says that she “loves everyone” in the photo but just didn’t want anything to get “twisted” about how the photo came about.

The group family photo for Christmas isn’t the first time the modern family chose to unite in front of the camera. In April, LeAnn posted a photo of Brandi awkwardly standing behind her in a family photo with Eddie and his two sons.

LeAnn ironically or unintentionally captioned the photo, “Our awkward family Easter photo.” The Blue singer clarified that she meant the pose was awkward, not the family being together.

Happy Easter LovEs! Our awkward family Easter 🐣 photo/Christmas card?! Lol Today has been a wonderful day. Many blessings to your family from all of us! #easter #happyeaster #easter2019 #family #ifyoudonthavesomethingnicetosaypleasemoveon *awkward – the way we are standing, not that we are all together. Not awkward at all. #clarity

Brandi left RHOBH after the show’s 5th season. However, she has made brief “Friend of” appearances since then and will have more in the upcoming Season 10.

Bravo has yet to announce when The Real Housewives of Beverly Hills returns but it will likely be in early 2020.