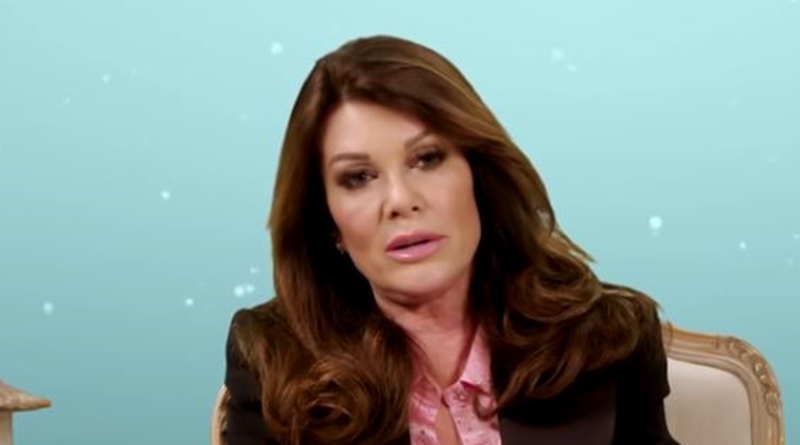 Lisa Vanderpump ate turkey for Christmas. Like many other people across the world, Christmas day got celebrated with a feast. The next day, like most other families, her meal included leftovers from the day before. Often, people snack on bits leftover or they make soup from their feast.

Now, Lisa shared that she kept her turkey leftovers for Boxing Day celebrations. But, many American fans don’t know what she means by Boxing Day.

Lisa’s become so synonymous with Bravo TV, the Real Housewives of Beverly Hills, and Vanderpump Rules, it’s easy to forget her British background. Actually, long before her stunning success in the USA, Lisa already designed and ran successful restaurants and bars in London. TV Shows Ace reminded fans that Lisa took off back to the UK after the terrible time she suffered in her last season of RHOBH.

We noted her depression came after her brother Mark died. The other Bravo stars accused her of leaking all the info to the media during  Dorit’s “puppygate” scandal.  Lisa credited her fans with helping her get through that and the death of her mom in the UK. So, given Lisa’s British background, it’s no big surprise that she shared about celebrating a British holiday – Boxing Day this year.

Boxing Day’s not a federal holiday in America

Time And Date reminds us that the day after Christmas in the USA gets holiday recognition only in a handful of states. These include  Kansas, New Hampshire, North Carolina, South Carolina, Texas, and Virginia. In other places, government workers may strike it lucky and get a half-day-holiday. Otherwise, it’s not a big deal in the country. Unless, like Lisa Vanderpump, you celebrate your homeland traditions.

But, in many countries across the world, Boxing Day sort of takes the form of Thanksgiving in America. It’s a day where eating and drinking and the company of family and friends extends to the day after their Christmas. No gifts get exchanged, Vox reports, but the holiday feeling persists. South Africa, other African countries, Britain, Ireland, Canada, Australia, New Zealand, and others maintain this old British holiday. Schools and banks are closed, but in some countries, shops remain open during restricted shopping hours.

Lisa might be loaded, but she’s not about to waste good food. So, she shared on Instagram that they used left-over turkey to make a delicious soup for “Boxing Day.” The soup certainly looked delicious, but so many table items sat in the pic, fans giggled. One fan said, “so much table scaping going on here who can locate the food?” Another Lisa follower commented sarcastically, “Wait a minute Lisa…I think you’ve forgotten something on that table.”

Making use of the leftovers… happy Boxing Day! #turkeysoup 😍

But others just wondered what she meant by Boxing Day. Well, now you know. Did you know that Boxing Day’s an extra holiday in the Christmas season in many parts of the world? Sound off your thoughts in the comments below.

‘Below Deck Sailing Yacht’: Natasha Is Friends With Most-Hated Guests
Teen Mom 2 Drama: Briana DeJesus Calls Out Two Cast Members For Being Fake
‘My 600 Lb Life’ Milla Clark: Where Is She Now And How Is She Doing?
WOAH!!! Sabrina Burkholder Stuns With Before & After Picture
Kaitlyn Bristowe Pranks Tayshia Adams In Behind-The-Scenes Video