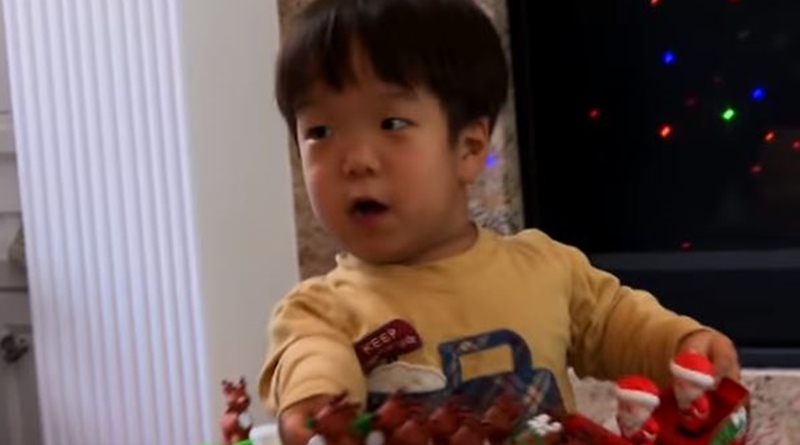 The Little Couple fans watched Zoey and Will literally grow up before their eyes over the years on the TLC show. The recent season ended a while back, and fans wait patiently for more of Jen Arnold, Bill Klein and their adopted kids, Zoey and Will. Recently, Jen shared quite a few pics of Zoey on her Instagram. But, it’s been a little while since we saw Will. And at Christmas, when Jen shared a pic of Will, the little boy’s simply disappeared. Uncannily, it looks as if it happened overnight. In fact, he looks all grown up, all of a sudden.

The Little Couple – Zoey’s also growing up fast, alongside her brother Will

TV Shows Ace reported ahead of Christmas that Zoey’s changed a lot since we first saw her in Jen Arnold’s family. She enjoyed some time baking  Christmas Cookies with her grandmother. But, we recalled that Zoey wasn’t always such a happy child. Originally, she totally rejected Will, Jen, and Bill as her family. But, she’s grown into a well established and well-rounded child now. She’s growing up before our eyes still. But, she seems very much a little kid still, especially after Jen shared a new photo of Will.

Cheatsheet noted that Zoey grew super fast as well. In August, they noted, “It’s hard to believe Zoey is about to turn 8 years old…and we can’t believe how much the little girl has grown since she first arrived in the Arnold-Klein household.” Well, if you thought The Little Couple‘s Zoey suddenly grew up, you will be shocked to see how old Will looks in a new picture that Jen shared.

Will shocker – he suddenly looks all grown up almost overnight

The photo that Jen shared of Will showed him wearing his new Seahawks shirt. Jen noted, “We have a @seahawks fan in the family! #whowouldhavethought #merrychristmas #santa.” Well, some fans thought that makes Will really a very wise child. But, many of The Little Couple fans just couldn’t believe their eyes. After all, just three-months back, we saw Will trying out his fishing skills in a clip by TLC. He enjoyed the fishing, but discussing it with Zoey afterward, he still looked very much a little boy.

Some fans grew interested to see Tori Roloff of LPBW comment on the post. One of them said they’d like to see Jackson meet Will one day. But, gosh, most fans just freaked out as Will’s all grown up. And, it came along so suddenly. One fan noted, “😊💖💖💖 Will is growing up so fast! 💖” Another one commented, “Wow! I cannot get over how fast Will is growing up! He is really thriving!” Then one fan said, “He’s getting to be a young man.”

What do you think? There’s a comparison pic below, so you can see the striking way Will suddenly got all grown up in just a few months.

Do you think Will suddenly grew and the little boy disappeared almost overnight? Sound off your thoughts in the comments below.