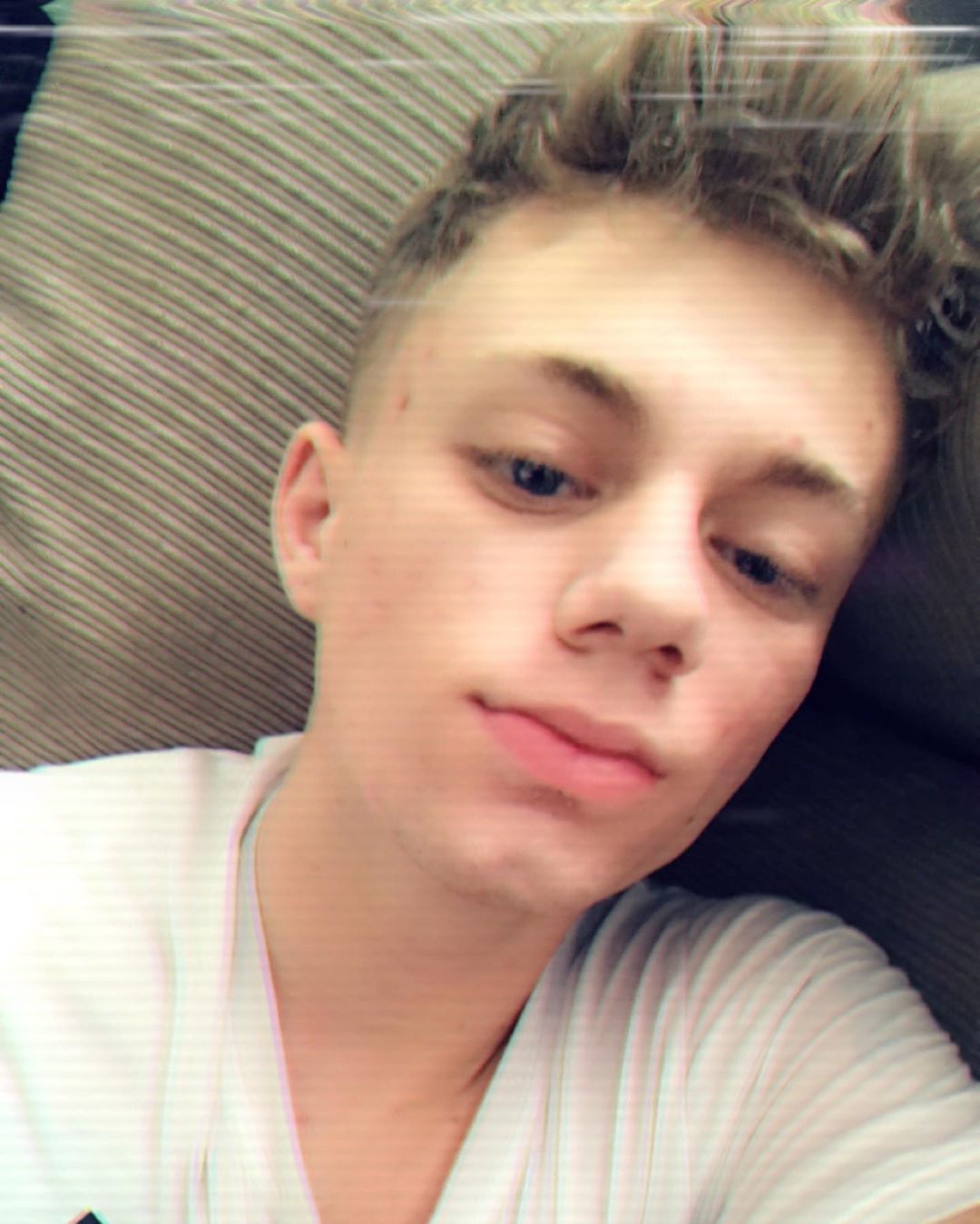 “You never know how strong you are until being strong is the only choice you have,” Shayden penned in the caption.

The post featured an up close snap of the back of Massey’s neck with large black Chinese symbols. Noticeably, Shayden’s skin looked irritated and inflamed around the symbols. There was also blood all around the tattoo. The blood dripped down his neck and into his shirt.

The appearance of the tattoo caused many Unexpected fans to grow concerned.

In just 24 hours, the post has been liked over 2,000 times with several dozen people dropping in for a comment. The overwhelming majority had big issues with the way the tattoo looked.

“Was this even done in a tattoo shop with a tattoo gun ? It looks like someone took a knife to the back of your neck….” One follower questioned.

Another added: “I mean.. cool tattoo, but it looks like someone burned it into ur skin…”

“Bruh, that does not look right. I have many tattoos and they’ve never looked like that. You need to get that looked at,” a third added.

Several other individuals noted that it looked more like he’d been branded then tattooed.

Shayden Massey did receive support from some of his followers.

While most were concerned for the health of the tattoo, he did receive some support.

One individual pointed out that everyone is different when it comes to tattoo reactions.

“Everybody reacts to tattoos differently, some people dont bleed much and others bleed a lot, yall need to calm down. Also, certain spots on tbe body are more sensitive then others and may bleed more. Just because yall have tattoos and they didnt bleed much doesn’t mean that others won’t!”

Several other followers echoed the response above.

You never know how strong you are until being strong is the only choice you have.

Shayden also had a few individuals who questioned what the symbols on the back of his neck meant. Most, however, were assuming it probably said “strength.”

Massey responded to the massive amount of concern regarding his tattoo multiple times.

“I have tons of tattoos, bleed through all of them, the tattoo is clean, smooth, and no too deep at all, lol y’all need to do research on sh*t before you run your mouth, how do I have so many uneducated people on my stuff,” the Unexpected star penned in the comments of his Instagram post.

In response to the comment above, a few of his followers encouraged him to avoid posting any additional tattoos until after he cleans them. Some added he was clearly “just a bleeder” and the tattoo looked wonderful.

Last night, Shayden took to Instagram again to share a snap of his tattoo after he had a chance to clean it. His skin was no longer inflamed or bloody.

The reality TV personality posted nothing more than an “ok” emoji in the caption of the tattoo snap.

Unfortunately, he also caught some heat for using Chinese symbols. One follower questioned why someone who isn’t Chinese would get a Chinese tattoo. “Why not?” Shayden responded.

On his second Instagram post, he did respond to one of the comments asking what the tattoo meant. According to Massey, the tattoo was the word “strong.”

Massey even had a few individuals reveal they thought the tattoo looked better with blood all over it.

Did you think Shayden Massey’s tattoo looked infected? Sound off in the comments down below.

Khloe Kardashian Facing Backlash As Fans Accuse Her Of ‘Blackfishing’
Could There Be A TLC Birth Special For Jessa Seewald’s Fourth Baby?
‘Below Deck Mediterranean’ Season 6: Release Date, How To Watch
A Denim Jacket And Roll Call Has Fans Sure Jana Duggar’s Engaged
Astrid Loch Bump Watch, ‘The Bachelor’ Star Is Popping