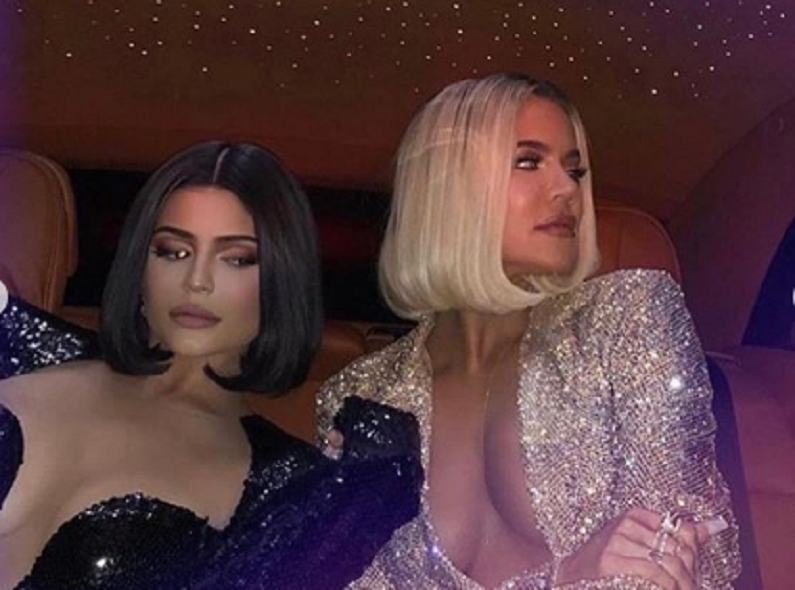 Khloe Kardashian’s ex-boyfriend, Tristan Thompson, was invited to the Kardashian family’s Christmas party. While the Keeping Up With the Kardashians star doesn’t want to take him back, she still wants him in her life. Even though the two weren’t photographed together, Thompson shared a photo of himself at the holiday party on social media. It turns out that the holidays bring everyone together – even former flames.

The family had their annual Christmas Eve party. It was hosted by Kourtney at her home. The lavish event brought together the entire family, including some of the family’s famous exes. While the two weren’t photographed together, Kardashian and Thompson both attended the same party. Both of them took to social media to share photos of themselves at the star-studded event that took place on Tuesday night, as reported via People.

Thompson took to Instagram Stories to share a photo of himself at the holiday party. He included the caption “Portraits of the Kardashian West Jenner Christmas Celebration by The Collective You.” In the photo, the NBA player wore a dark suit with a white button-down shirt and bracelets.

Kardashian took to her Instagram Story to share various photos and videos of the night. In one of the videos, the reality star sang along with Kim Kardashian-West and Kylie Jenner as Sia performed at the party.

When Kourt throws a party, we glam up! 🎄Merry Christmas and abundant blessings from my sister squad and I🎄

Khloe Kardashian wants her ex to remain in her life

It’s clear that the two have been through a tumultuous year. Though they started dating in 2016, they were faced with infidelity and trust issues. Their relationship ended in February 2019 when it was reported that Thompson cheated on her with family friend Jordyn Woods. Some fans have suspected that the two would get back together.

However, insiders revealed that she doesn’t want to go back to her ex-boyfriend. She will only keep him around for one important reason. Sources told People that Kardashian has no interest in taking Thompson back. The only reason why she keeps him around is for the sake of their daughter, True.

“Right now she is focused on getting along with him so they can have the best family time together with True,” one of the insiders said.

Kardashian previously said she’s only interested in co-parenting with her ex-boyfriend, even though it’s not always easy. But on an episode of Purpose With Jetty Shay, she said that she refuses to remove him from her life as well as her daughter’s life.

“I want to show my daughter that it’s okay and it’s a beautiful thing to also forgive her dad,” she said. “He’s a great person. I always want True to be surrounded by love. And I know babies feel energy… and I just want her to always feel just bliss, as much as I can.”

What are your thoughts on Khloe Kardashian keeping Tristan Thompson around? Sound off below in the comments section. Don’t forget to check back with TV Shows Ace for the latest news on the Kardashians.